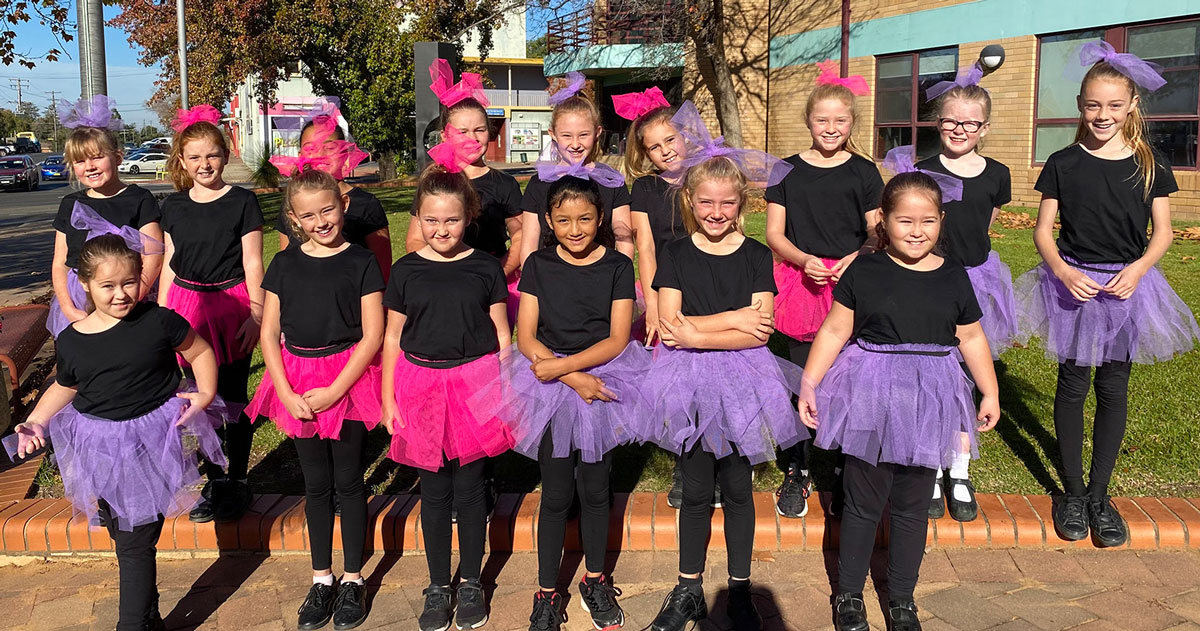 A buzz of excitement swept the playground of Canowindra Public School this week, following great success at the Cowra Eisteddfod last Thursday. Students from grades three to six brought their contemporary dance moves to the event with rousing success.

Girls from years three and four, known as stage two, performed to Little Mix’s Hair last Thursday, wowing the judges and placing second out of 10 teams.

Years five and six students took part, dancing at stage three level to the song Nice To Meet Ya by Megan Trainor, finishing with a highly commended award.

Teacher Mrs Kristen Matic said stage two’s results were the highest the school has achieved and commended the girls on their dedication, noting that students gave up lunchtimes to practice.

“The girls are still on a high,” said Kristen. “It makes them excited to come to school and that has an effect on their general well-being.”

The dancers are on a roll, heading off to Bathurst next Thursday for the Western Dance Festival.
“It is a whole day event with rehearsal starting at 9:30am, a matinee performance at 1:30pm and then a night performance at 7pm.”

Not content with just performing in the Central West, the students are setting their sights on Sydney. Kristen said they could go on to the State Dance Festival following Thursday’s performance and are also awaiting the results of their audition into the acclaimed Schools Spectacular — both of which are in the harbour city.