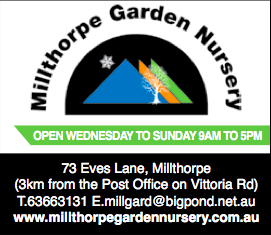 Spring flowering trees have been really spectacular around our region this month. Whether they are used as an attractive, single specimen tree in the garden or multiple plantings to line driveways or fence lines, they can add great value to our properties in several ways.

The white flowering ornamental pears (Pyrus) have been particularly eye catching this year. There are many forms, but the ones I deal with most are the Manchurian Pear which has a rounded, wide growth habit; the Capital Pear which has a narrow, columnar growth habit well suited to lining driveways; and the Chanticleer Pear which has a conical growth form. These ornamental pears are quick growers to about 10m high, have glossy dark green leaves through spring and summer after flowering and which turn attractive orange/red colours in autumn.

If you are wanting smaller growing, spring flowering trees, a couple of good options are the double flowering ornamental cherries
such as Mt Fuji (white flowering) and Kanzan (pink flowering). These compact trees grow to about 4m high. Their “cousins”, the flowering plums-Prunus Nigra, grow a little taller and produce masses of single, pink flowers in spring, followed by attractive
purple leaves through spring and summer.

There is also a narrow, columnar form of the flowering plum, Prunus Oakville Crimson Spire which is ideal for lining driveways or
fence lines where space is limited. The other popular spring flowering trees well suited to our region are crab apples.