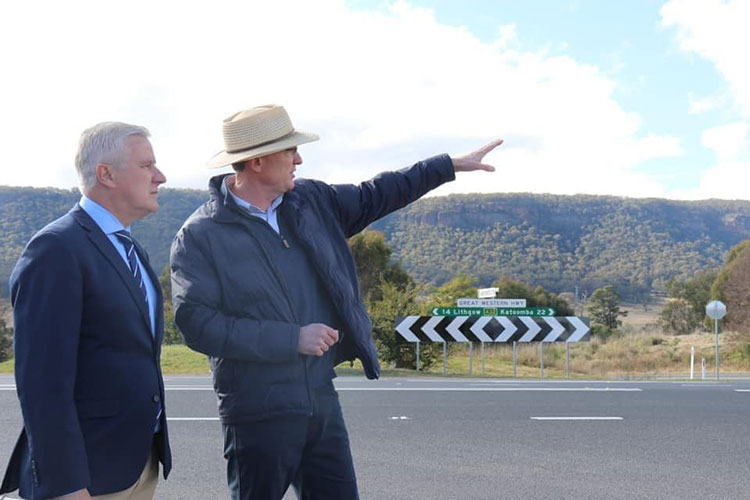 Construction on the game-changing Great Western Highway upgrade between Katoomba and Lithgow is on track to start next year, with the Australian and New South Wales Governments now committing funding towards congestion-busting improvements to the journey over the Blue Mountains.

NSW Minister for Regional Transport and Roads, Paul Toole said the upgrade of the east and west sections is already taking shape, with the release of designs for the Cox’s River Road intersection and the Medlow Bath upgrade over the next month, bringing the project one step closer to construction.

“This is the last major highway out of Sydney that is not dual-carriageway and that is not good enough for the thousands of motorists from Sydney, the Blue Mountains and the Central West who use it daily,” Paul said.

“The NSW Government has put $2.5 billion on the table to transform journeys along the Great Western Highway – and with the Australian Government’s $2 billion funding boost for the east and west sections, a project that has been put in the ‘too hard’ basket for far too long is fast coming to life and will see shovels in the ground at the end of next year.”

“The NSW Government is also pushing ahead with work on the central section, including investigations into building Australia’s longest road tunnel from Blackheath to Little Hartley, cutting out the Victoria Pass and Blackheath gridlocks during peak hours.”

Transport for NSW will release the REF and the concept designs for the Medlow Bath section of the Great Western Highway upgrade for public consultation in July.

For more information about the upgrade visit https://roads-waterways.transport.nsw.gov.au/projects/great-western-highway/katoomba-to-lithgow/index.html