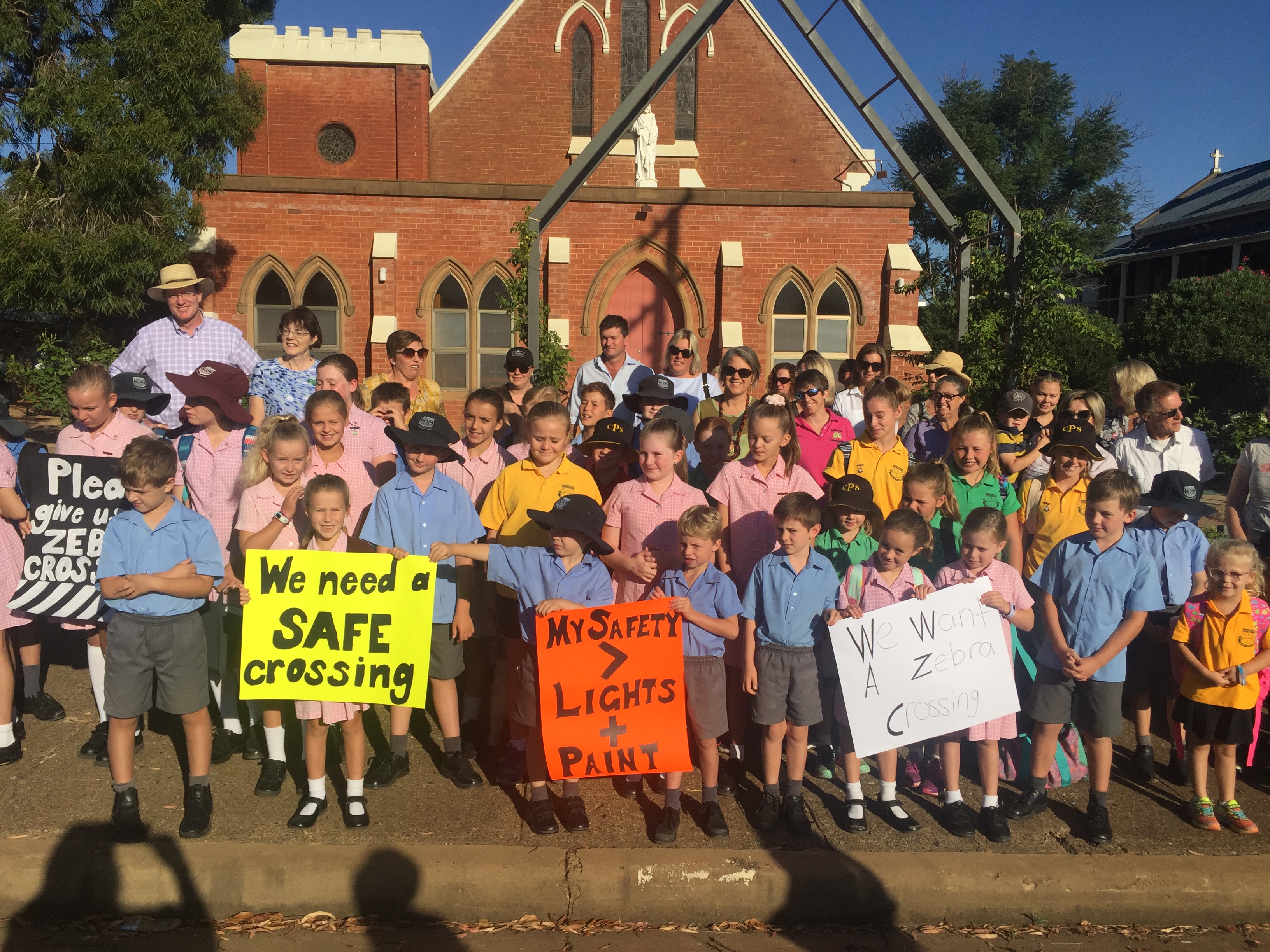 Last Friday morning over 100 Canowindra community members including students, parents and teachers from both Canowindra Public School and St Edward’s Primary School rallied at the Tilga St crossing to show the dangers associated with the crossing.

During the 30 minute rally which took place at the peak school drop off time from 8.30-9.00am, several cars and trucks frequently failed to stop at the crossing to allow the children to cross the road.

“We don’t want a fatality to happen and then action to occur afterwards, it needs to happen now,” said Tamara Pearce from the Canowindra Public School P&C.

“It is appalling and unacceptable, I myself felt unsafe using the crossing,” said Kate Hazelton.

“It needs to be changed, it is clearly unsafe, additional signs need to be added ASAP,” said Garry McMahon.

President of St Edward’s P&F Mandy Townsend said “Thanks to the Canowindra community for showing up today and supporting this rally, let’s hope this great media coverage will get someone’s attention”.

The Canowindra Public School P&C and St Edward’s P&F will now await a response from the Roads Minister on what upgrades can be made to the crossing and when after Phil Donato, Member for Orange contacted her at the start of the year.