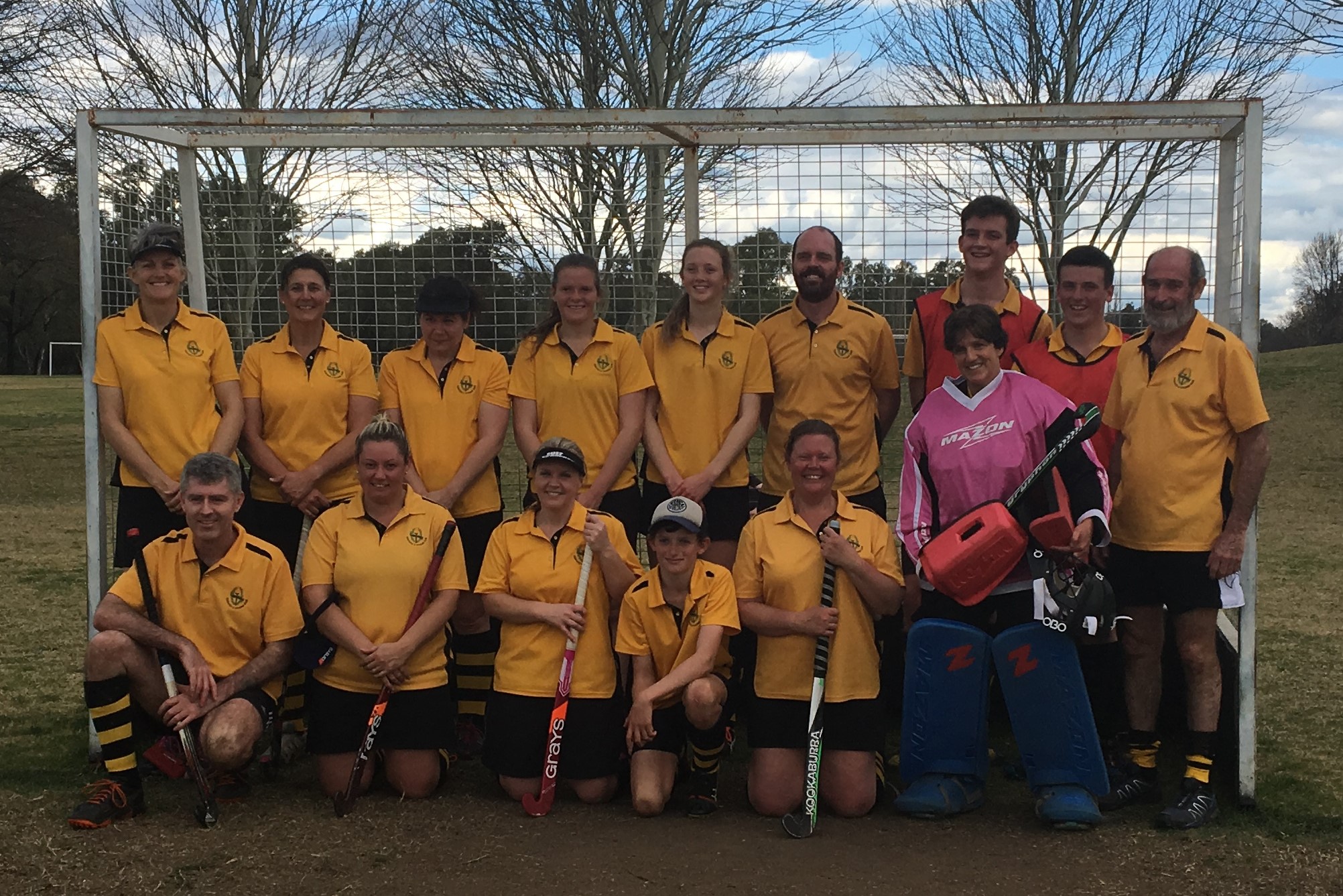 The Canowindra Senior Hockey Team, sponsored by the Canowindra Services Club, concluded a fantastic season of hockey on the weekend competing in the Grand Final against Cowra Bowling Club. Canowindra were the highest point scorers over the season, but were defeated on the day 5-1. Local Canowindra High School teacher Andrew Phelan managed to score the only goal, despite numerous attempts by many other team members during the
game.

Canowindra Services Club is one of five teams in the Cowra Seniors Hockey competition. Mick Flannery was the captain, organiser and strategist, and this year also received the Players Player award from the team. This is a mixed competition which really encourages a family environment and the senior team includes players from 14 years old to 60+ years old.

The team would like to thank Canowindra Services Club for their sponsorship this year, the new shirts and socks were well received. Also thanks to Mick Flannery, all our team members for great sportsmanship and dedication, and Cowra Hockey for their ongoing commitment to the game of hockey and local competitions.