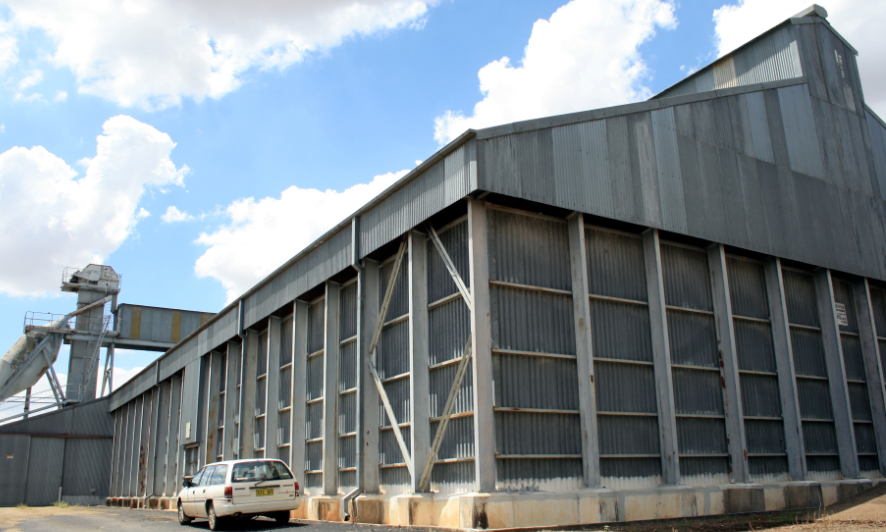 It’s official: the Graincorp silo and vast tin-clad bagged-wheat storage depot in Canowindra is being closed down as the corporation launches a $200 million “regeneration” project which will get rid of 72 of its national sites.

Graincorp’s current total of 252 silo complexes will be cut to 180 and incorporated into 34 distribution clusters, and the “reshaping” will happen fast – the company says the whole project will be completed in time for the 2014 winter harvest.

The Canowindra depot’s future now hinges on whether anyone’s interested in buying or leasing it from Graincorp. Company media spokesman Angus Trigg has told the Phoenix that local growers and any other interested parties are welcome to make a bid for the site, but there’s very little time  –applications are due to close on June 30.

Local industry sources say the decision to close the site isn’t surprising, and in many respects it all boils down to Canowindra’s abandoned and derelict rail link.

Regional growers have long been trucking their grain to other operational railheads, where most grains are now being bought, avoiding rising road freight costs. In the words of one source: “Nobody’s been using the Canowindra silo. It’s as simple as that.”

In fact, it’s a return to rail distribution on a major scale that’s at the core of Graincorp’s slimming program. The company says the changes have the “potential to return up to one million tonnes of grain to rail,” and it’s lobbying the state governments to invest in improved rail infrastructure.

There’s virtually no hope of Canowindra’s rail system being resurrected – certainly not, as our source remarked “when all the bridges have been taken out.”

The Canowindra silo has played a long and proud 88-year role in our town’s progress.

Let’s hope someone sees a new future for it.