Home » Glorious Victory Remembered 40 Years On Thanks To A Blazer 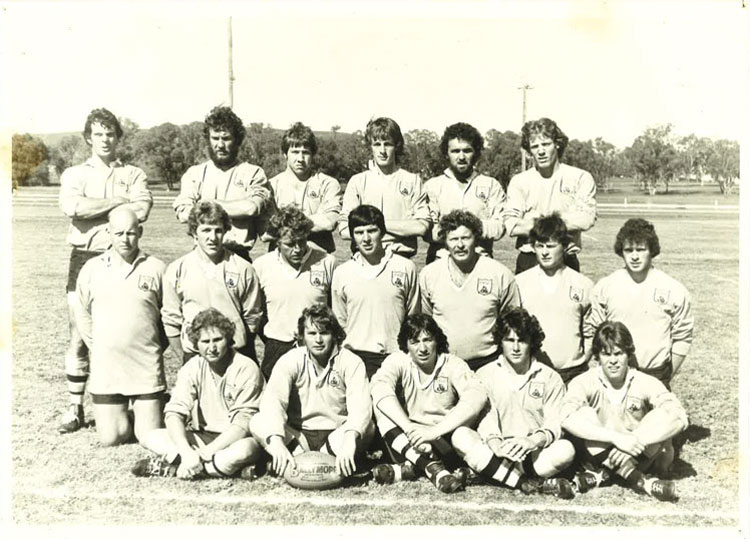 Forty years on and a surprise piece of clothing delivered to the Canowindra Newsagency, stirred memories of a glorious victory for the Canowindra Rugby Club. A blazer, bearing the words ‘Canowindra Rugby Premiers’ 1980 between an embroidered python, sparked a conversation that recalled a wonderful event in Canowindra’s history.

Michael Payten recalled the events to the Phoenix as though they had occurred yesterday, sparing no details. After entering the Reserve Red South West Rugby Competition in 1976, the Canowindra Pythons, Canowindra Rugby Club’s Reserve Grade side, played in the grand final in 1977 and 1979 but failed to secure a victory. 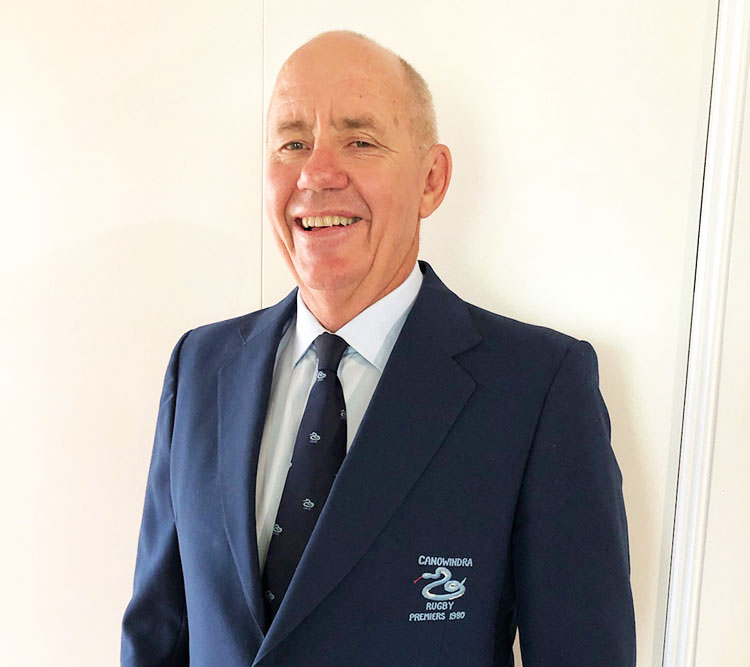 Michael Payten, member of the 1980 Canowindra Rugby Reserve Grade Side, dons his 1980 premier blazer, 40 years on.

In 1980, with coach and captain Ian Nash, the Pythons defeated Forbes in the Grand Final, finally securing the premiership. When asked if it was a tense game, player Michael Payten responded with a humble, “not particularly,” going on to say the team had a comfortable win in the Grand Final after having beaten their archenemy Cowra the week before in the preliminary finals.

The team lagged during the first half of the season, with Michael explaining that “a lot of people were injured or couldn’t get their act together. We knew if we ever got our best team on the paddock that we could win the comp, but it was a matter of getting every- one in the right place at the right time.”

The boys usually celebrated victories by drinking heavily at the Junction Hotel but after their Grand Final win they partied at President Tony Grant’s place at Riverside the next day.

Michael went on to describe how unusually talented the crop of Canowindra players were in the 1960s to 1980s. “We had a good blend of young guys and experience and Canowindra had right through the 60s and 70s a very strong Junior Rugby Club which bore some Australian Under 17 players. Four players (Brett Matthews, James Grant, Mark Slattery and Geoff Parish) from Canowindra in 1979 and 1980 made the Australian Under 17 Club team. Most of those players went on to play for the Canowindra Pythons.”

“In the front row one of the props was a man in his thirties, Karl Kemper, who is still in town, and the other prop was Warren Matthews who had been an Australian Under 17 Club Player of the Year in 1979. The hooker in between them was Graham Fliedner who was a Country Under 18 representative. We had a very strong forward pack. We also had an exceptional five eighth, Geoff Grant, who went on to play with Randwick and was a player of great talent. Another Canowindra player of that era, Roy Simmons, went on to play rugby league for Australia and James Grant went on to be a Wallaby and play for Balmain in league in a grand final.”

When asked about the chances of the Pythons winning the honours again, Michael, who continues to follow Canowindra Rugby, believes the team can be premiers again and soon. “With the good year we’re having farm wise it means there are more kids in town. It potentially creates more employment and with an excellent coach like Peter Middleton, the Pythons have the ability to win another premiership.”