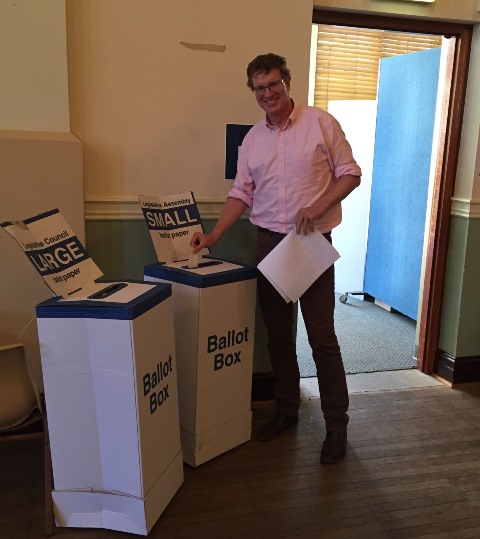 Andrew Gee is a happy man this week as he returns once again as the Member for Orange with a clean sweep of booths. In 2011 Mr Gee secured 56.7% of the primary vote and in this Saturday’s poll had secured over 65%, showing that he’s still a popular man in the world of politics. “There were a couple of key factors in play for this election. The first was the new parts of the electorate – Canowindra, Forbes, Parkes, and the western districts. They came into the electorate for the first time and how they voted was always going to be very important. The strength of their support was as humbling as it was appreciated” said Mr Gee, “I feel very privileged by the faith they have placed in me. It’s a big responsibility and I intend to re-pay that faith by continuing to work hard and delivering the services and infrastructure that country people need. I want to build on the momentum we’ve started over the past four years,” he said. As Mr Gee travelled around the new parts of the electorate, he noted that people wanted a member who was accessible, proactive and who was there for them when needed. “This is the type of member I intend to be for them” says Andrew, “I have always stood up and fought for the communities I have represented and I’ll be there for them as well.” Mr Gee acknowledged his fellow candidates and thanked them for their contribution to the political debate, wishing them well for the future. Here’s to another four year’s with Mr Gee!
By Rhi Quinn