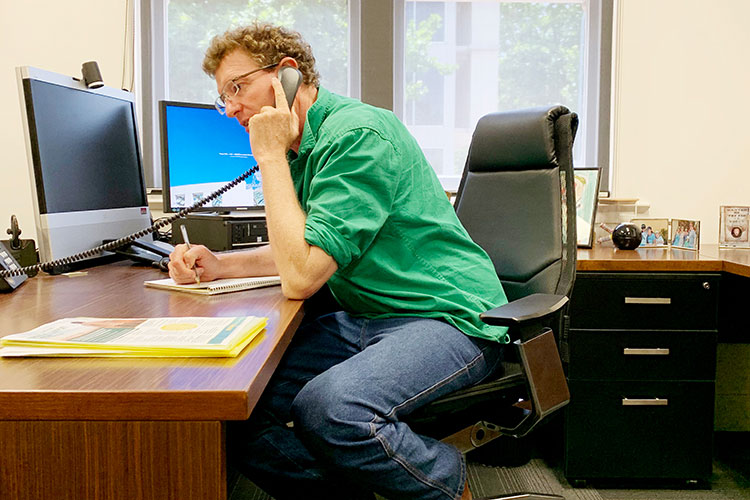 Andrew Gee in his office in Orange.

Andrew Gee has called on Facebook to immediately reverse its decision to block Australian news content from its platform and encourage it to work constructively towards reaching an agreement with news organisations in the spirit of collaboration and good faith.

“Facebook’s decision to block Australians from sharing or viewing Australian and international news on its site is unacceptable and arrogant. It has also blocked government and non-profit information pages, including the tourism page Orange360. This is an assault on our democratic nation,” said Andrew last week.

“For too long Facebook has operated as if it’s in the wild-west, totally free of any laws of the land. Today’s action is another example of its flagrant disregard for regulators and all Australians.”

“This move is devastating for our local media outlets, but also extremely concerning for Australians seeking vital information on the COVID-19 pandemic and disaster and emergency services. We have bushfires in Western Australia and flood warnings in Queensland. This is a reckless move by Facebook.”

Andrew went on to say that vitally important pages such as the Bureau of Meteorology and 1800RESPECT have also been stripped despite not being under the News Media Bargaining Code.

“Australians want Facebook and Google to remain operating in Australia – but we also rightly expect them to comply with our laws. Facebook raises hundreds of millions of dollars in advertising revenue in Australia and it needs to pay its fair share, including for news content.”

“Here in Australia, we believe that our hardworking news media businesses deserve to be fairly remunerated for the content they generate and which digital platforms, like Facebook, benefit from.”

“By blocking quality news Facebook is damaging its own reputation regarding the reliability of information on its site.”

“It is time for Facebook to put people over profit,” Andrew finished.