Home » Gary’s Aspirations To Be A Councillor 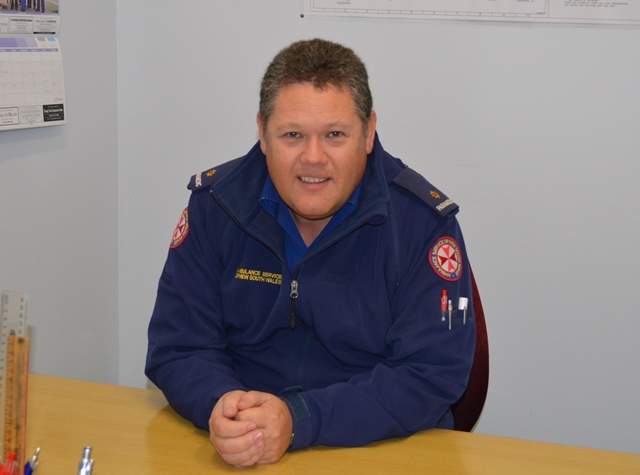 There aren’t a lot of people out there who want to take on the rigours of local government but Gary Murphy has decided that he is one of them!
Gary who is a Kiwi (although we won’t hold that against him) moved to Australia when he was quite young and first worked in Orange as a sales rep before deciding to have a career change and go into nursing. He comes from a strong military background, with a father who was in the military for 20 years, so it was natural to join the Nursing Corps where he served three years at Duntroon commanding a platoon of medics. His sons have continued the family’s military tradition, with one son in the Gulf in the Navy and another on border patrol in the Northern Territory. His daughter currently lives in Cowra. Gary is interested in local government and running for the 2016 Local Government elections for Cabonne. He said,” Canowindra is a great town for young families, it has great potential for growth and the potential to give visitors a good reason to visit and then return, perhaps to live.”
Currently he has been approached about being involved in the local health council through the Hospital. This is a perfect fit with his current role as Station Manager at Canowindra for the Ambulance service, with a staff of 5 under him who service Canowindra, Cudal, Cargo, Eugowra, Gooloogong and sometimes Cowra. Gary moved here from Cowra five years ago and has a young family of two boys, 5 & 7, and his lovely wife Amanda. He was also recently appointed the role as President of P & F at St. Eddies.
By Cheryl Newsom