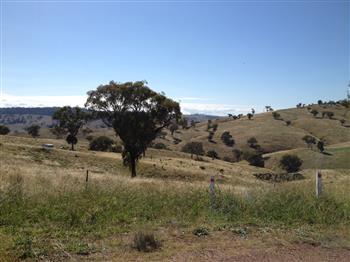 The NSW Government has now allocated a further $2 million in the 2015-16 Budget for the Cranky Rock Dam proposal.

Member for Orange Andrew Gee says “one of the biggest handbrakes on economic growth in this country is Australia’s water security.”

“While we don’t know how the feasibility study will turn out, I think it is very important that governments do all they can to secure country water supplies. Every option for water security needs to be assessed and followed through,” Mr Gee said.

The NSW State Government began the search for a potential dam site in 2014, and Cranky Rock, located about 15km east of Canowindra was chosen from the 15 sites investigated in the Lachlan and Belabula catchments.

The proposed dam could store up to 700 gigalitres of water and has the potential of increasing water security for central councils and other users throughout the Lachlan Valley.

The proposed dam could also allow Carcoar Dam to be networked into Central Tablelands Water which would allow it to extend the overall network, and provide back-up drought supplies and secure water to towns which are currently beyond that network.

The construction of a dam at Cranky Rock could have many benefits for the town of Canowindra, including the creation of hundreds of jobs during the construction phase, a more secure town water supply and major recreational perks.

“The NSW Government will continue to consult closely with individuals and communities potentially impacted by the dam,” Mr Gee said.