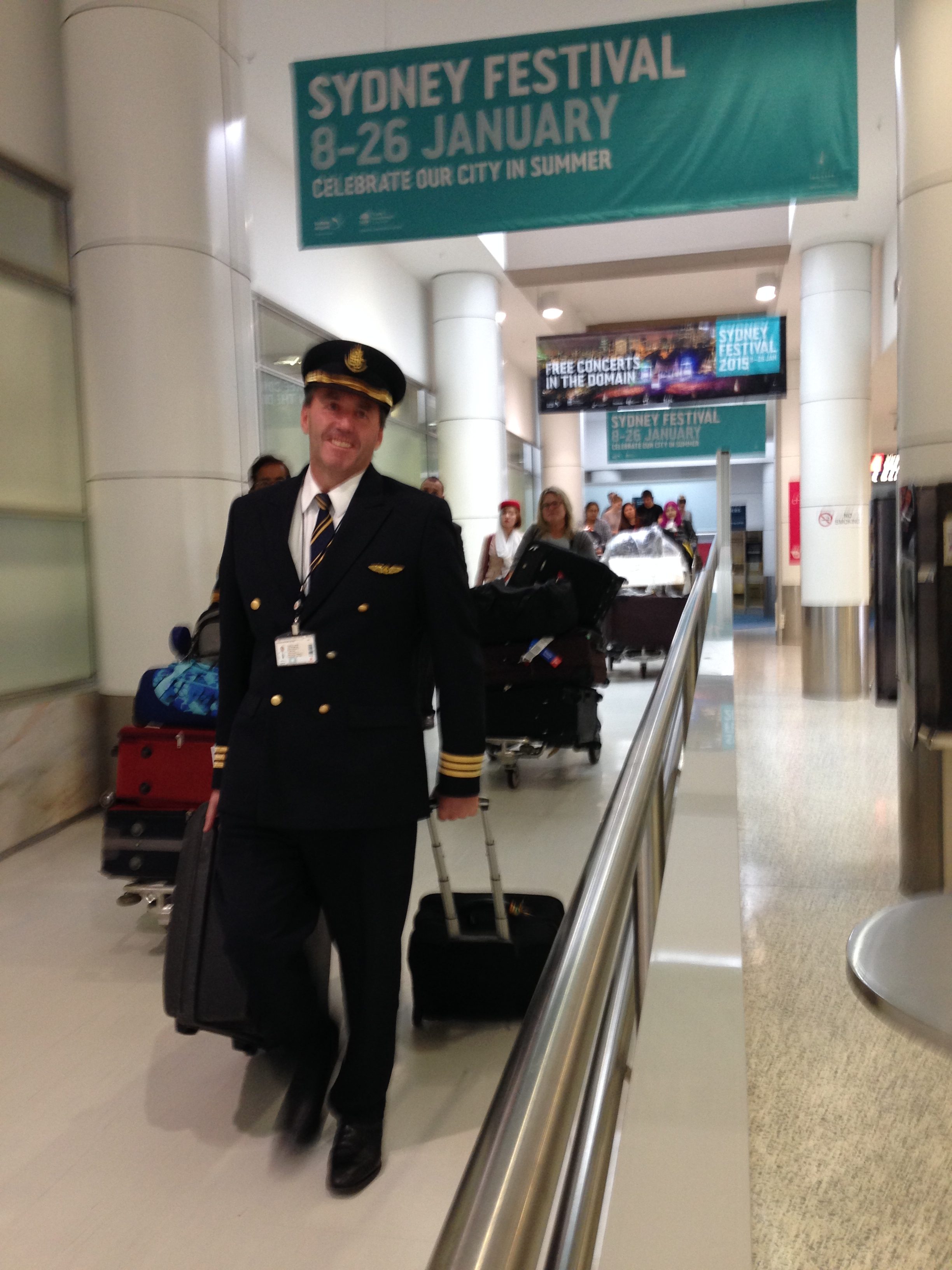 Toey Sheardown grew up in Canowindra before he got the travel bug and travelled all over the world. His family eventually sold the farm and moved to Sydney.

“When Toey came home to Sydney for 6 months he presented us with a 10 point plan for his future. Two of those were, to go back to Europe and the other to become a pilot, which surprised us. We had no idea that he wanted to become a pilot,” said Mother Roey.

“The 10 point plan was to give me a direction to go, and targets to achieve, which I found worked and it has got me to were I am today,” said Toey.

Toey first gained his commercial license in New Zealand and has spent 15 years of hard work and perseverance to get him to this point.

“The Captain course itself was a 3 month process from classroom to simulator training to flying the A380, ”said Toey. “It’s amazing, we had no idea what he would do. Back in his bedroom on the farm he had a picture of a Concorde cockpit and he looked at it every night before bed. We think this is where his desire for becoming a pilot came from. He has a strong sense of character and he is so precise. He is a wonderful pilot. We are so very proud of him!” said Roey.

Toey would now like to give back to the industry by training guys in the company to get better and gain more knowledge. Here is Toey’s advice to young aspiring people, “Anything is possible, you have to work hard, as nothing is just given to you and don’t give up. Sometimes you will have to sacrifice something to get to where you want to go.”