Home » Following In His Father’s Footsteps 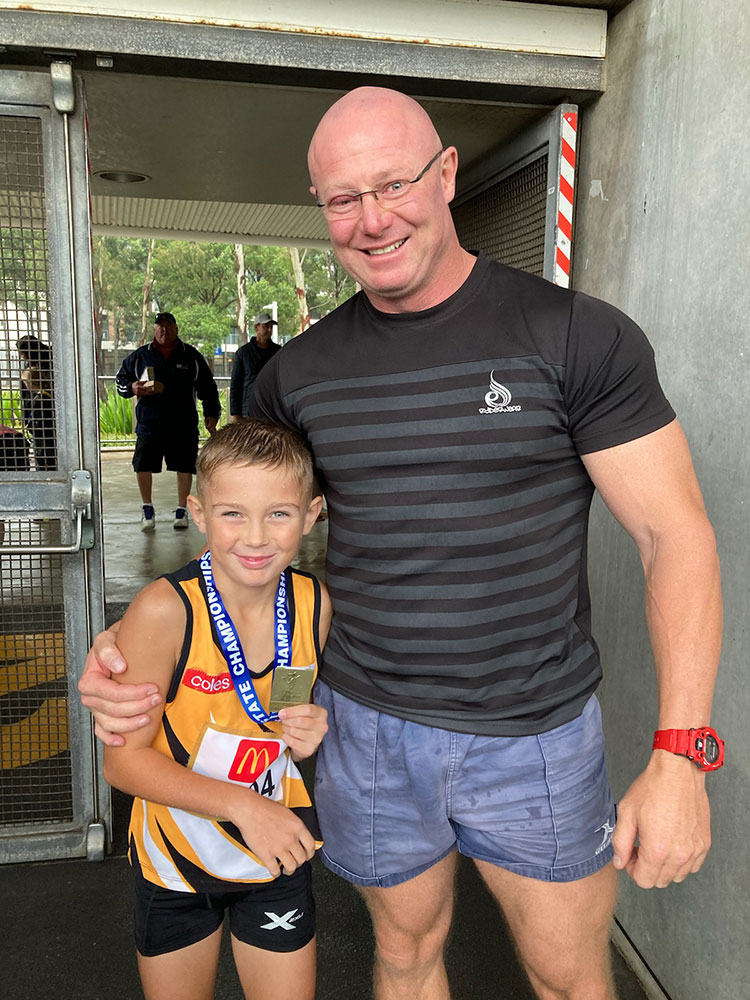 When Beau Wheeldon competed in the State Little Athletics, he was literally running in his father’s footsteps. He won the under 10s 100 metre sprint, some 35 years after his dad, Marc Wheeldon, earned the same place in the same race.

“It is very special to share it,” said Marc. “It was really cool to watch it as it brought back lots of memories from 1986.”

Marc, who was a national athlete and award-winning bodybuilder, is no doubt an inspiration to his son who is looking forward to pursing a life of sport, hoping to compete at the Olympics one day.