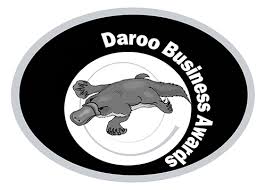 More than 120 Cabonne businesses are in the running for the 2018 Cabonne Daroo Business Awards after being nominated by their customers and clients.
Almost 750 individual nominations were received from throughout the Shire when the nominations process completed recently, which awards chairman Bruce Buchanan described as an outstanding response.

Organisers are now calculating the finalists in 18 categories and once this is completed, an on-line voting process will open to determine the 2018 winners.
Mr Buchanan said a record 34 people were nominated for the Employee-of-the-Year award, which is one of Cabonne’s most coveted honours.

“This is a tremendous endorsement of people running and working in Cabonne businesses,” he said. Mr Buchanan said many businesses and community organisations were nominated for the first time.

“It’s very likely that a number of new faces will receive trophies when the Daroos are presented at a gala dinner at Eugowra on Friday 2 November 2018, which is proof that after 18 years the awards continue to go from strength to strength,” he said.

We wish all businesses the best of luck when the public vote opens on 1st August 2018.