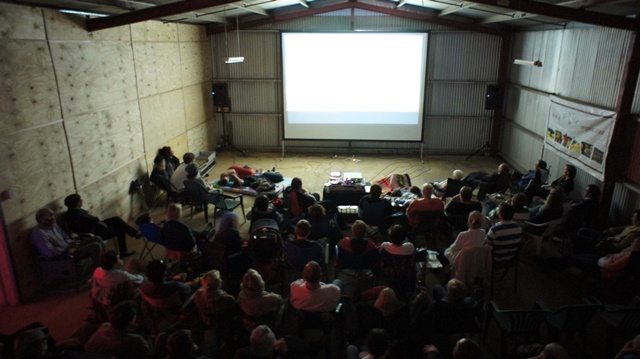 After 23 years of bringing life, laughs and love to the big screen’s short films, Flickerfest is still Australia’s leading short film festival. And luckily enough for us movie buffs, Flickerfest is bringing it’s “Spectacular Short Films With Soul” to Canowindra as part of the festival’s Short Laughs section.
Over 2,300 entries were received this year but only the top 120 shorts have been selected in the official competition. Each short has been handpicked to represent the most innovative, creative and cutting edge short films being produced in the world today, so you know you’re in for a treat.
Flickerfest remains Australia’s only Academy® accredited and BAFTA recognised short film festival, ensuring that the films shown are amongst the best in the world. Rosnay will be the host of the screening on the 25th October at Rosnay on River Road and many of the films shown will be Australian premiers, giving the audience a first look. The calibre of this year’s program is undeniable with several films screening at some of the world’s most prominent and revered film festivals including Sundance and Cannes.
Flickerfest will begin with a bit of a kick in the form of a delicious curry cooked on the property complimented with local Rosnay wine, from 6.30pm. Screening of Short Laughs will start at 8pm. Films are rated MA15+ so children should be accompanied by an adult. Tickets for the event can be purchased on the door but Phoenix readers have their chance to nab two free tickets! Just simply enter our competition via our website. Go to www.canowindraphoenix.com, scroll to the “What’s Hot” then click on “Flickerfest Freebies” Then all you have to do is submit your details and you could be laughing till your sides split under the stars at Rosnay… for free!