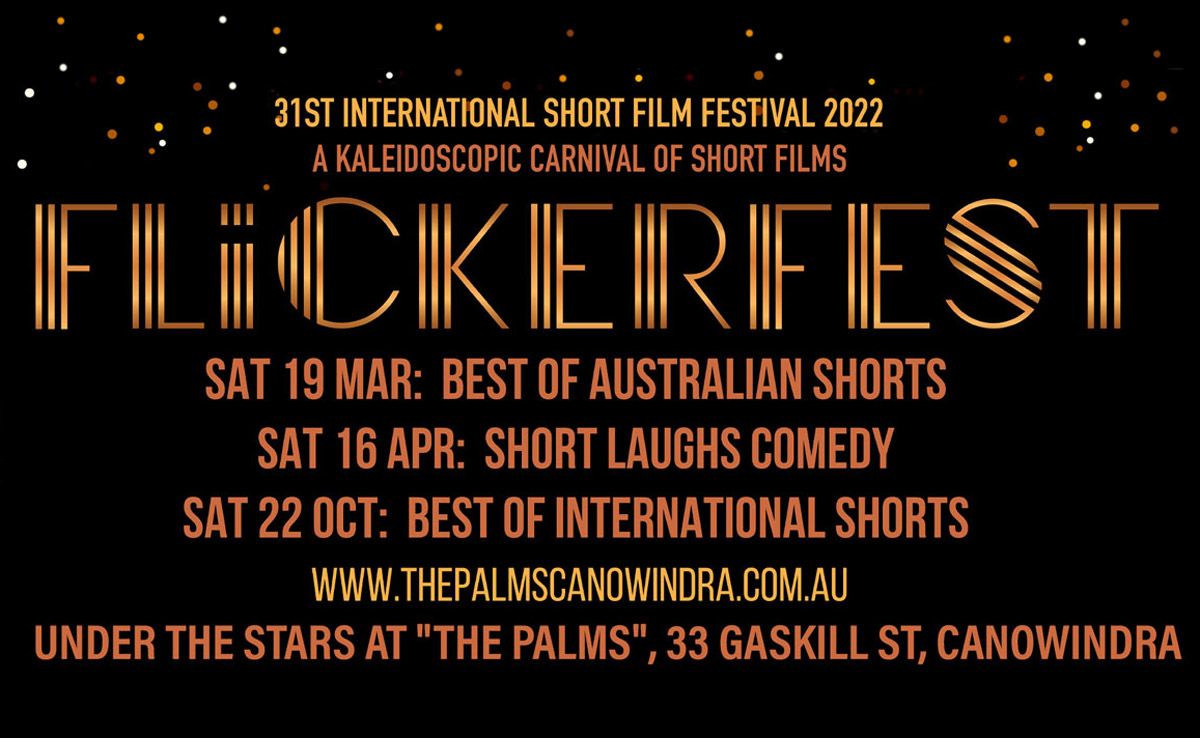 Flickerfest, Australia’s largest Short Film Festival is excited to be returning on its National Tour to the ‘The Palms’ in Canowindra on Saturday 19th March and Saturday 16th April showcasing the Best of Australian Shorts and the Short Laughs Comedy programmes featuring highlights from the recent Bondi festival competitions.

The short films screening are all entertaining, inspiring, award-winning and fresh from their premieres at Flickerfest Bondi, giving the Canowindra Flickerfest audience a window into the hottest contemporary shorts from at home and across the world today.

Doors open at 6pm for drinks and pre-ordered lamb curry dinners or you can BYO picnic. Pre-ordered dinners are made by Andrew Wooldridge from his own sheep which graze the Rosnay Vineyards. Rosnay organic wine will be served, and BYO alcohol is not permitted. Adult tickets include a free glass of Rosnay winel. Tickets are $25 per adult or $15 for U15yrs at www.flickerfest.com.au/tour/canowindra-nsw