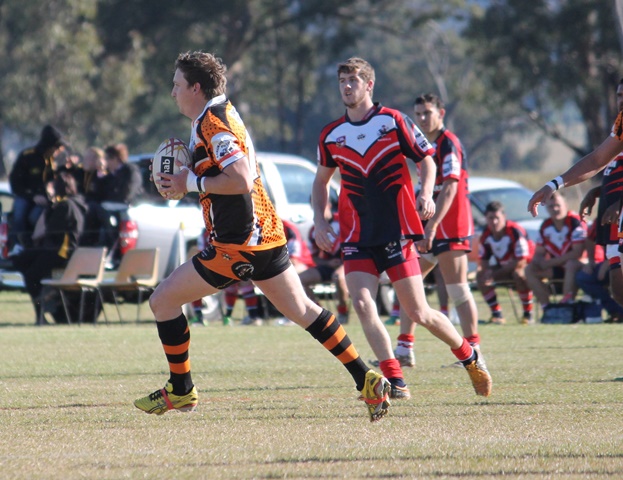 The Tigers First Grade men were full of determination as they knocked Peak Hill out of the comp with a final score of 32-10. From the first whistle the Tigers were in the opposition’s territory, letting the Roosters know they meant business. Curtis Hughes planted the first try for the Tigers, showing his improving performance despite the growing pressure. Youth League player Jayden Brown also scored two tries for the Tigers along with Brendan Traves scoring one. The Peak Hill Roosters cracked under the strain, giving away four penalties which Matty Mclean converted every time. Matty kicked 8 out of 8 conversions for the match which is what boosted the scoreboard for Canowindra. Fantastic defence was displayed by David Bermingham (Moey) and Jayden Smith, keeping down every Rooster that tried to get past. Stuart Scott had his best game of the season, showing off his defence skills. Notable mention to Blake and Nick Willson, Blake showed some fantastic agility and quick passes while Nick made strong metres off kick returns from full back. The Tigers now head to a make or break game for the Grand Final this weekend against Eugowra. Best of luck boys!