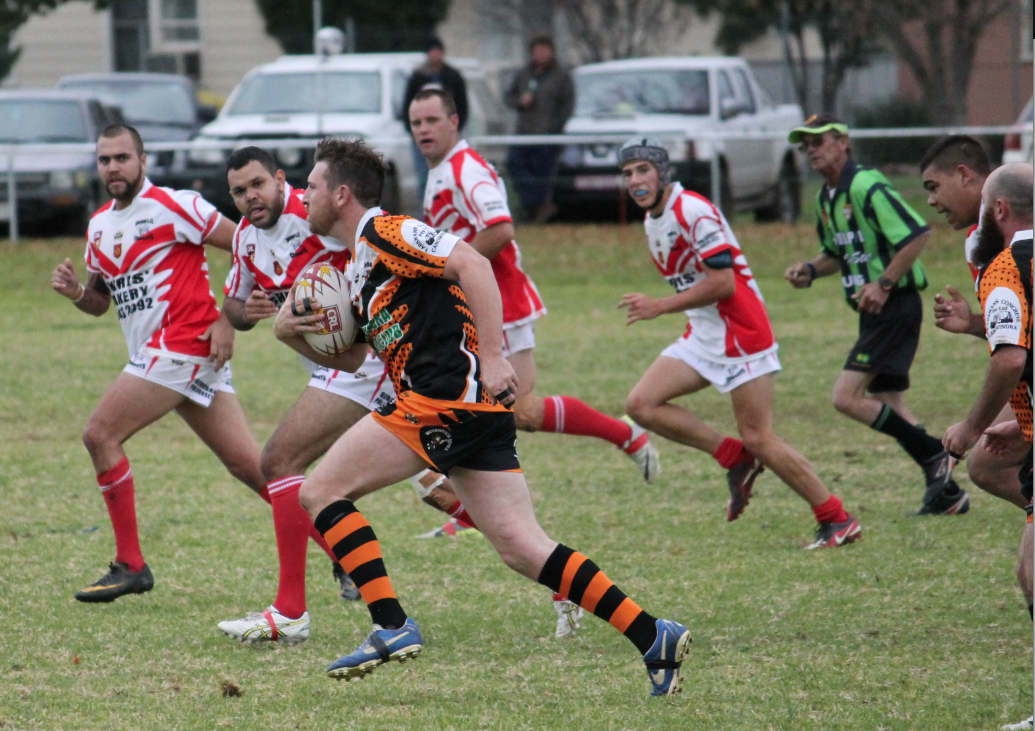 Unfortunately  the Canowindra First Grade players were unable to produce a home win as Gooloogong were determined to achieve their first win of the season with the final score being 24 – 20. Once again Canowindra displayed great skills in defence although not enough persistence in attack as the players were unable to break through to the try line as often as they had hoped. The efforts of a returned player in his first game of the season were definitely game changing as Simon Badgery was able to score 2 tries, one being the first try for Canowindra and he helped push the team until the very last whistle. Also great effort to Stuart Scott and Blake Willson for also scoring a try each. Congratulations to Kain Earsman for his fifth week of winning Players Player which says something in itself.

This weekend on Sunday the 8th of June the Canowindra First Grade and Youth League teams will be travelling to Peak Hill to verse them on their home grounds. Supporters are welcome to come along and cheer on Canowindra at Peak Hill. Also don’t forget that this is the last week for tickets to be purchased for the Canowindra Senior League Masquerade Ball which will be held at the Canowindra Services Club on the 14th of June. Tickets are $35 a head which includes a three course meal and a live band performing on the night. Tickets will be available the Deli Lama in Canowindra, also at Kens Service Centre in Canowindra and through Terese Peters. Everyone is welcome to attend, tickets will not be available at the door on the night so make sure you purchase a ticket by the 7th of June, save the date and wear your favourite mask!