You are here: Home / Articles / Fire Rages On Mount Canobolas 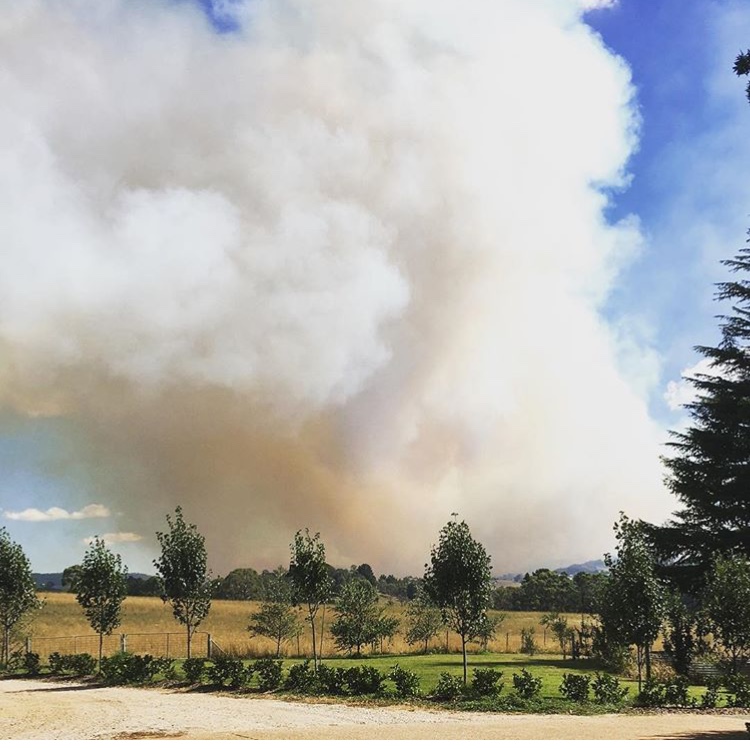 On Saturday 10th February temperatures reached the mid 30’s for the Central West region and sometime in the afternoon a bushfire started on Mt Canobolas which quickly reached a status of out of control burning 300ha on Saturday alone.

Locals were advised to prepare and leave as the fire reached properties with 100 RFS firefighters from around the region and air tankers fighting through the night to try and bring the blaze under control. Fire crews are still working to protect the communications plant on Mt Canobolas that provides important communication services around Orange and the surrounding areas.

On Monday the fire was moving in an easterly direction and had burnt approximately 873ha with road closures now in place including: Lake Canobalas Road, Old Canobolas Road and the Mitchell’s Way.

On Tuesday over 130 firefighters from NSW RFS, FRNSW, NPWS and FNSW assisted by waterbombing aircraft have concentrated efforts on the northern and eastern edges of the fire. Heavy plant continue to construct containment lines with the focus on the southern edge of the fire.

If weather conditions allow over the next 36 hours, crews will be undertaking backburning in order to contain the fire. Residents will
see an increase in smoke and fire activity as a result of these burns.

A total fire ban is in place and with severe fire conditions forecast for the rest of the week it will make bringing the fire under control very difficult.