Home » Finke Dreams Back On Track 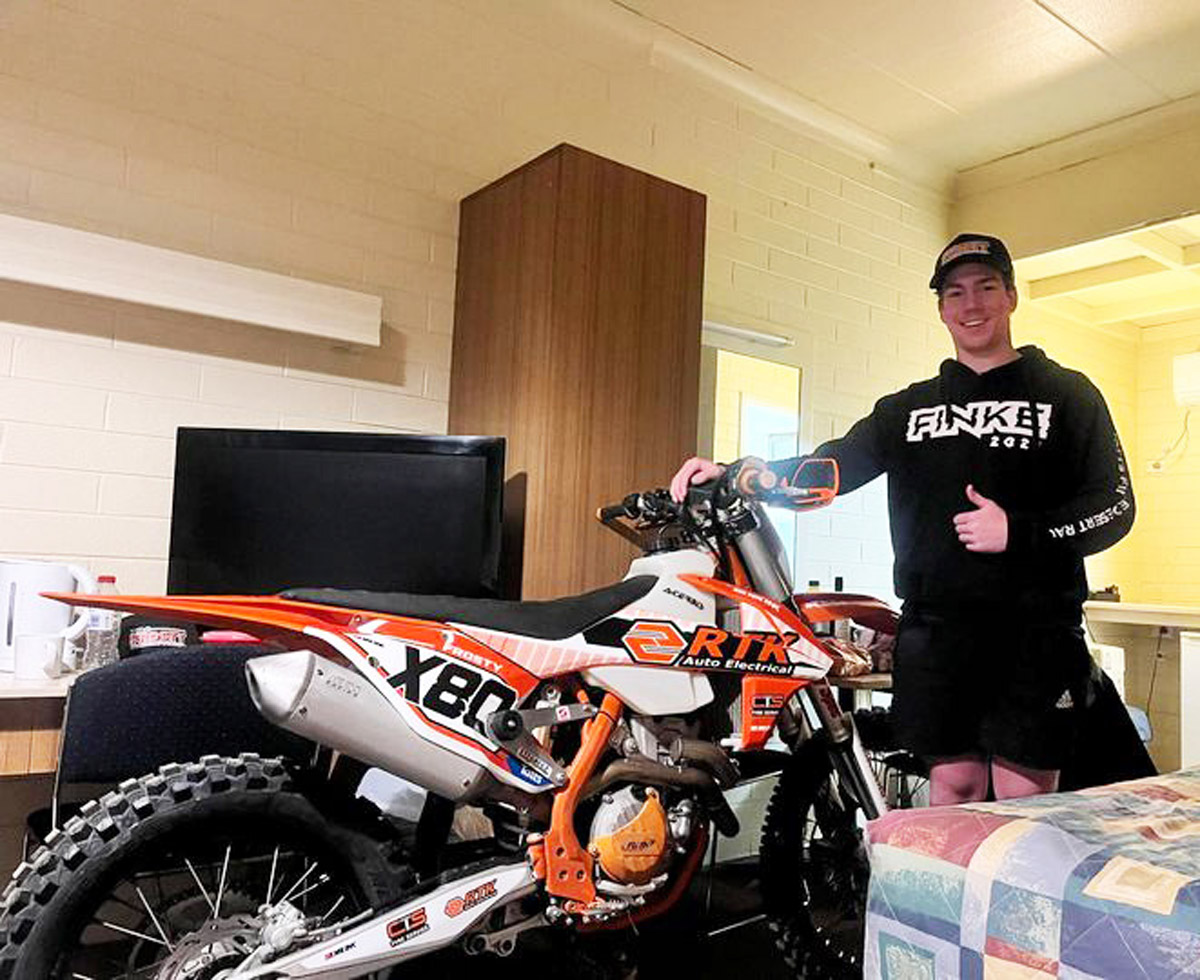 Logan Frost pictured after his bike was returned.

Local Canowindra resident Logan Frost has competed in the Finke Desert race after a small hiccup on the way to the NT Outback last week.

While travelling out to the race his motorbike was stolen from his motel in Coober Pedy while he slept.

The bike, an orange KTM racer had a full tank of fuel and was marked ready to race in Finke when it was stolen.

Logan Frost said he had been preparing for the trip since he visited Alice Springs to watch the Finke Desert Race last year, and decided he wanted to compete.

“Over the past couple of months I’ve been staying up some late nights in the shed putting the bike together, getting it all ready and that was just taken from us,” he said.

After 100’s of social media posts and investigations by SA Police the bike was returned to the Frost family ready for him to make the race in Alice Springs.

The annual Finke Desert Race sees over 600 competitors race along a remote 230-kilometre track between Alice Springs and Aputula (Finke) and then back the next day.