Home » Finally A Decision Has Been Made: No Amalgamation For Cabonne Council 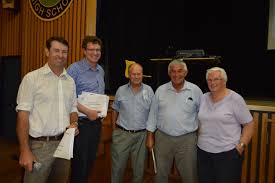 There will officially be No Amalgamation for Cabonne Council after an announcement on Tuesday from the NSW Premier Gladys
Berejiklian, assuring the Government would not go ahead with pending amalgamations in rural areas while proceeding with those planned for Sydney.

The Canowindra Phoenix along with an ecstatic Cabonne Mayor Ian Gosper, has welcomed the announcement that the NSW Government will not proceed with a proposed merger with Orange and Blayney Councils, describing the decision as a great victory for local democracy. “We have always stood up for the majority of Cabonne residents who have made it very clear over the past four years they are strongly opposed to any amalgamation,” Mayor Ian Gosper said.

Communities have clearly and consistently indicated they are worried about the lack of representation if the councils were to merge, so news of no amalgamation has locals jumping for joy. Cr Gosper thanked Cabonne residents who had strongly supported the Council’s
amalgamation fight, particularly the ANTY (Amalgamation No Thank You) group, which waged a high profile campaign against the proposal. Jock Haynes ANTY Group member said, “I would say we are relieved more than anything. We are very happy a decision has
finally been made.”

The ANTY Amalgamation group has been the driving force to stop the merge of Cabonne Council with Orange. “One of our main goals was to keep us in the eye of the politicians and in the media, and I feel we have done that. We have been fighting this since May 2015, so a bit under 2 years now.” Marj Bollinger who was at the forefront of the ANTY group had this to say, “There is still a long way to go before all of the wrong that has been done is set right and our thoughts must go out to all of the ‘soldiers’ still out there fighting in the trenches to save their councils.”

After much persistence and pressure from local communities in Cabonne the people have finally been heard. Mayor Ian Gosper said, “I am more excited that people power has finally won out.” Marj Bollinger makes a personal thanks for the ongoing support but “most of all congratulations must go to all of the people in Cabonne and elsewhere who have supported ANTY throughout this ‘unwinnable’
David and Goliath fight by turning up at rallies, meetings, signing petitions and voting with their feet in November to make their voices heard.

The decision comes shortly after Nationals leader and deputy premier John Barilaro vowed last month to end local government mergers in the bush. The pressure mounted on the Berejiklian government to act on this policy and today they finally have a clear answer. “We also appreciate that there will continue to be angst in some communities, but what we’re doing today is drawing a line in
the sand and providing certainty for the future.” NSW Premier Gladys Berejiklian.