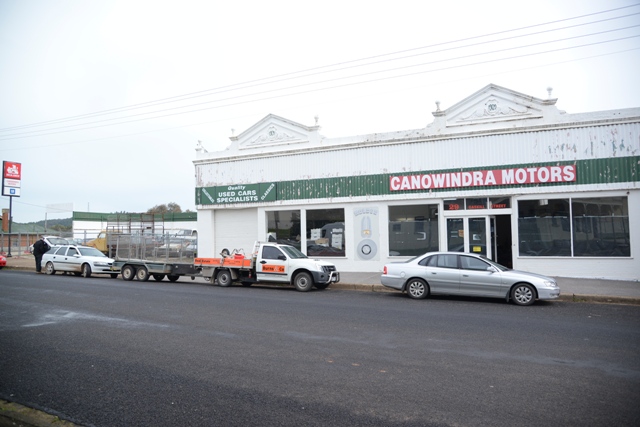 An unprecedented level of interest in Canowindra Motors owner Charlie McCarron’s auction in October has forced auction company Burns & Co to add an extra day to the already huge weekend. With thousands of people expected to converge on Canowindra for the October long weekend, Burns & Co have made the decision to start the auction on Friday September 30, instead of Saturday, October 1, as was originally planned.

The Sunday will see around 400 lots auctioned, and exact lot numbers will be confirmed once the cataloguing is complete. The Friday and Saturday lots will all be offered from Charlie McCarron’s workshop on Gaskill Street, and the Sunday offering will be held at the Canowindra Showgrounds. Friday’s offering will be posters, Nitrous Oxide Systems (NOS) parts, accessories and some other small items, while Saturday will be inferior motor vehicles, parts and workshop items.

Sunday will be more workshop items, vehicle manuals, boxes of brochures, more posters, and around 60 motor vehicles. Burns & Co agent Ashley Burns said the final catalogue would be available by the end of August.