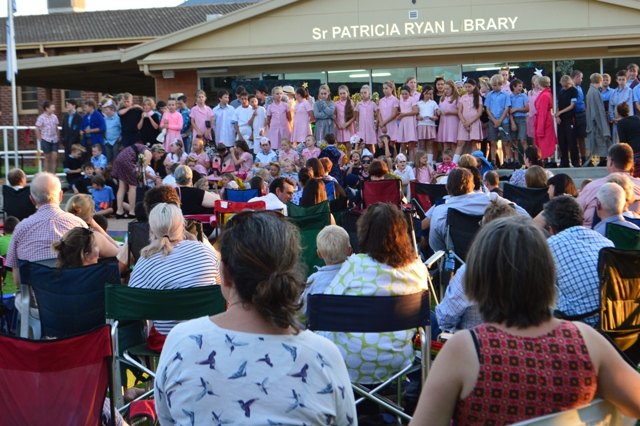 On Monday night friends and family gathered at St Edwards Church for a 6pm mass, to celebrate the Year 6 graduation, as they prepare to move on to High School. Following this was a family picnic in the School playground with picnic dinners sold by members of the P & F to raise funds for facilities at the school.

Over 200 people attended, including children, grandparents and parents, together with friends. The children put on a performance which was called The Startled Shepherd, and some of the stars included Benjamin The Shepherd played by Patrick Hickman, Joseph, played by Connor Watson and Mary played by Annabelle Pull.

The School also farewelled Miss Webb who is leaving at the end of term. School returns on Thursday 28th January, 2016 for all students. The School wishes all students and their families a Merry Christmas and a Happy New Year.