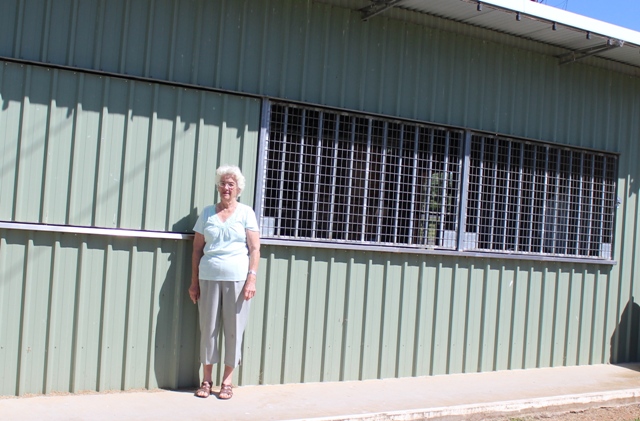 The Lions Club had planned a feast for the Team Penning Christmas Party last weekend at Canowindra Showground, but those plans were skewed when it was discovered on Wednesday morning last week that the Lions’ Den had been broken into.

The offenders undid the tek screws and took down the panel at the front of the
small building to find their way in. This is the third incident of the Lions’ premises getting broken into. According to Canowindra Lions Club Secretary Jan Jarrett, at least fifty steaks, six t-bone steaks and 9 rissoles were stolen,
produce that was meant for the Team Penning Christmas Party, totalling close
to $1,000 in losses.

Jan says the incident must have occurred between Saturday 7 November and Wednesday 18 November, when she went to the Lions’ Den to start defrosting
the meat for the party. “We just couldn’t believe it,” Jan said of the theft. “Lions Club members do a lot of hard work for charity groups in our town
raising money for the community.” “We work for this community and it is
very disappointing to think that people would do that sort of thing. We raise
money for the community so it is costing us if people keep pinching it.”

The first time the building was broken into, the offenders broke through the
door to steal bulk meat items. In the second incident, the wire at the top of the
front wall was removed and somebody crawled through the gap into the building, again to steal bulk meat items. Overall, the Lions Club have had about $2,500 worth of meat stolen from the premises.

“It’s the real low life vandals that do this sort of thing and make it hard for volunteers to help out the people in our town,” Jan said.