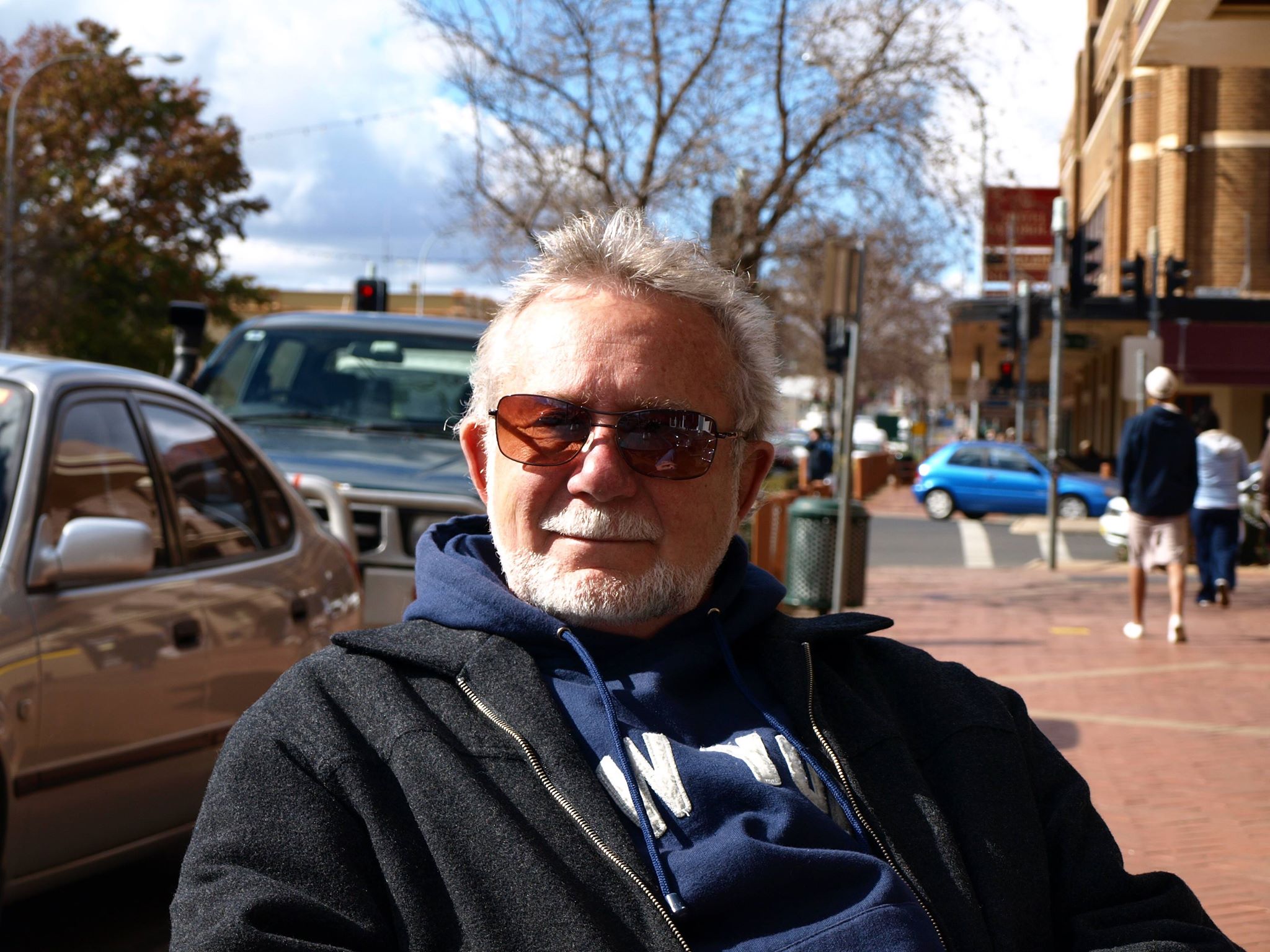 Derek Maitland, who died on January 7th aged 75, was a world traveller who in recent years was happy to call Canowindra his home together with wife Jan. Well known and much liked in the community, Derek in his time had answered many callings – journalist, author, TV producer and reporter, philosopher and most recently artist. Recent exhibitions in Canowindra and Hong Kong featured his critically acclaimed battle action photographs of the Vietnam War – a conflict which was to affect him psychologically to the end of his days.

Born in Essex, England in 1943, Derek emigrated to Australia in 1956. Aged 18 he went straight from high school to Channel 7 in Sydney as a trainee journalist and in the following years worked on various newspapers and Channel 10 news. He saved the boat fare to Hong Kong, arriving in the Colony with 25 pounds. A skilled and resourceful reporter, he earned enough to move on to Vietnam, his intended destination when first leaving Australia.

Derek signed with the American Copley News Service and went straight into action. “We were a small legion of gung ho journalists who saw their role in the battlefield among the troops themselves instead of diligently covering the U.S. briefings in Saigon.”

Derek was with a patrol which came across 80 dead soldiers from the 173rd Airborne Battalion which had been ambushed by a hardened group of North Vietnamese regulars. While the bodies were being retrieved the ambushers opened fire again and Derek felt bullets whipping through the undergrowth around him.

A best-selling novel came out of his experiences in Vietnam – The Only War We’ve Got. He said: “It was wrong we went into the war. It was the wrong conflict. It was wrong to do that to the Vietnamese people.”

Back in Australia, Derek went to work for Channel Nine News in Sydney and soon his investigative instincts got him and the station in deep trouble. Derek ran to ground a story very unfavourable to major soap powder manufacturers and Nine baulked at putting it to air for practical and commercial reasons. Derek quit Nine, took the story to the ABC where it was aired to cause maximum impact, and the outcome was the biggest public enquiry into the Australian commercial broadcasting industry.

In London, Derek worked for the BBC television news service as a reporter/producer. In 1984, during the Tory Party conference in Brighton, the IRA detonated a bomb inthe hotel where Prime Minister Margaret Thatcher was staying. Derek was the duty producer at the time and rushed to the blast
scene. The police tried to hold him back but Derek did a deal with the rescue workers to use his camera lights and he was able to shoot the now-historic footage of cabinet minister Norman Tebbit being pulled from the debris.

With his wife Jan they produced high quality promotional videos for Cathay Pacific, American Express, Hilton Hotels, The Hong Kong Government and KONE elevators. Derek wrote another best seller Breaking Out, a hilarious tale of jail escapees. The Fatal Line charts in gripping detail his battle with Channel Nine and the Australian commercial television system during the soap powder expose.

In the mood to finally settle down, Derek found a welcoming and comfortable home here in Canowindra – where he was to fight his final battle against cancer. He is survived by his wife Jan and two sons, Nick and Luke, from his first marriage.