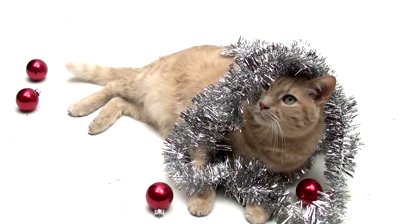 Tinsel is that slightly spiky, sparkly stuff that we like to wrap round a tree we chop down and put in our lounges for one month of the year. But why do we do it? Here are some facts about the origins of tinsel and a little story about why we may use it…
• A decorative garland, it was invented in 1610 in Nuremburg, Germany and was originally made of shredded silver, although because silver is easily tarnished it was quickly substituted to other metals.
• The word tinsel is said to be derived from the Old French word ‘estincele’ which means sparkle.
• France was the world leader in tinsel manufacture up until World War I (those Frenchies really love their tinsel) but production was stopped due to a wartime demand for copper.
• In the super sparkly decade of the 1950’s, tinsel was so popular it was used more that Christmas lights, which was wise considering that flammable aluminium Christmas trees were all the rage.
• During all this time lead foil was the most popular material for tinsel manufacture, although it was phased out in the 60’s due to concern about children getting lead poisoning. Thus, in the interest of festive health, all lead tinsel production was voluntarily stopped after the 1st January, 1972.
Anyone who knows the story of the Nativity should also be familiar with this little gem, The Legend Of The Spider’s Web. Even though I’m not religious, I heard this as a child and have never forgotten it.
To save their baby Mary and Joseph hid in a cave. A spider heard the couple whispering about the soldiers and realised the baby was in danger. The spider began to weave lots of strands over the cave front to create a giant web. By morning the soldiers finally arrived and saw the huge web across the cave’s mouth. ‘Jesus can’t be hiding in here’ said one, looking at the strands that sparkled with condensation in the morning sunshine. The soldier’s moved on and Jesus was saved by the hard-working little spider. So, if you believe the tale, we hang tinsel on our tree to remind us of the spider’s selfless act in saving the family by weaving his web through the night.
Whichever yarn you prefer, tinsel is a beautiful garland that inspires the warm, fuzzy feeling of Christmas. Just make sure the cat doesn’t eat it!
By Rhi Quinn