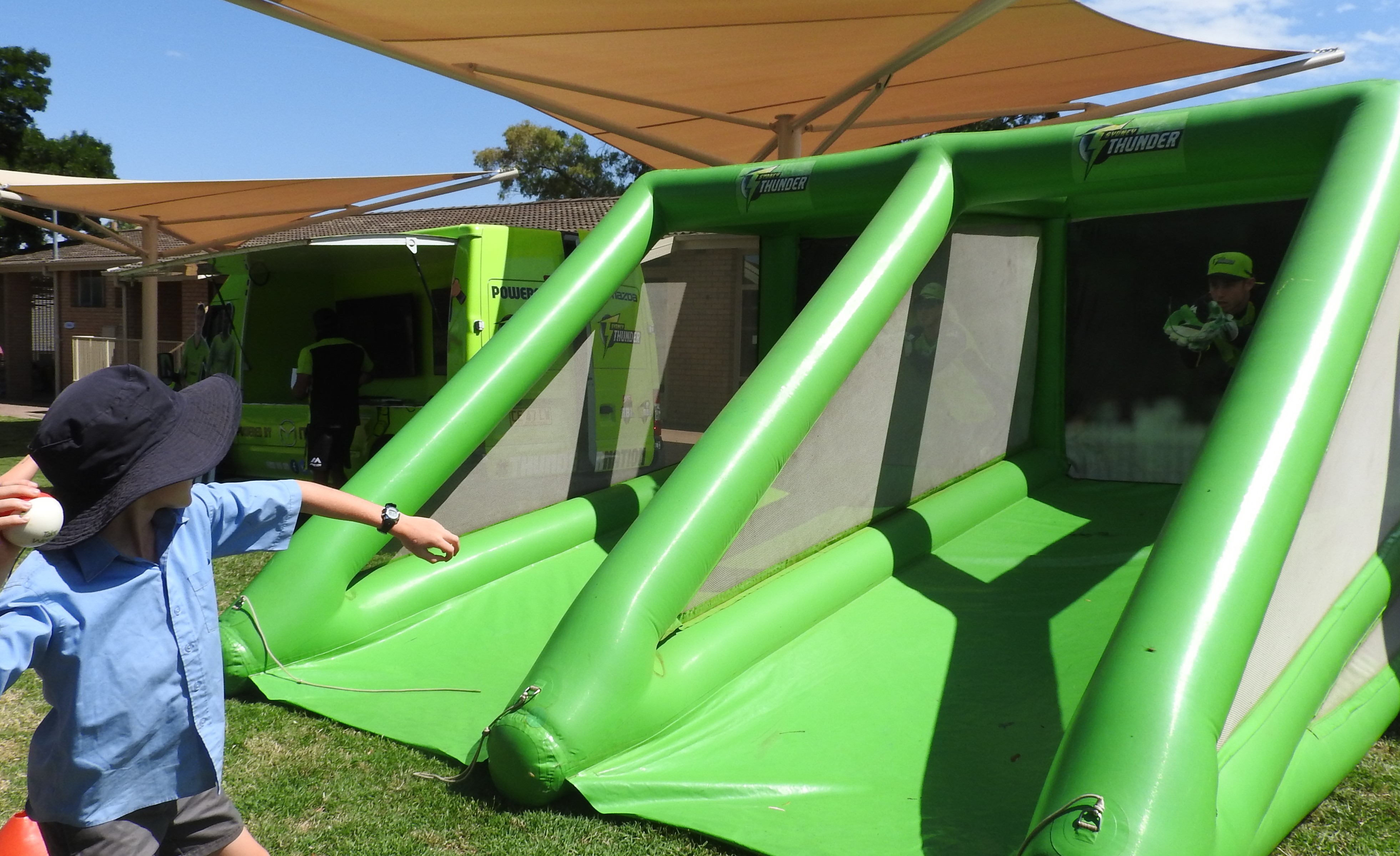 After the presentation students got to perfect their bowling skills as they aimed into the nets. Merryn Pereira Project Manager of Sydney Thunder said, “It’s all about getting people to love cricket in the region and so far we have had a lot of interest.” Principal of St Edwards, Ken McNamara said, “This day is about encouraging cricket in the town especially after our Year 6 boys competed in the Southern T20 Blast in Canberra, coming away with a credible 7th out of 16.”

Sydney Thunder will be coming to Wade Park in Orange on Sunday the 11th of December to play Hong Kong in the KFC Big Bash League Practice Match. There will be two games on the day, the first starting at 12.30pm then the second at 4pm. Many cricket stars will be making a possible appearance at the event such as Shane Watson, Mike Hussy and Pat Cummins. Tickets for the event can be purchased at Ticketek or at the gate on the day.