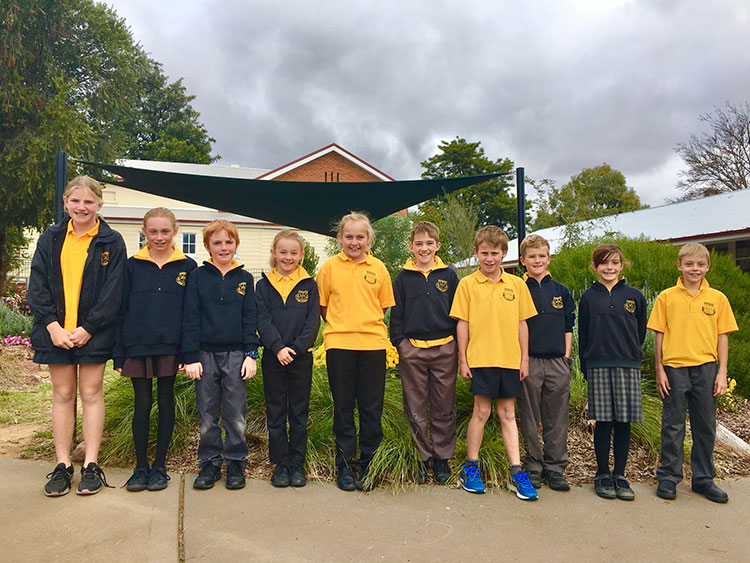 Twelve kids excelled at CPS’s cross country carnival, making it through to the next level.

Canowindra Public School (CPS) hosted this year’s Cowra district cross country carnival on 7 May. Schools from Cowra, Grenfell, Boorowa, Gooloogong, Koorawatha, Wyangala Dam, Greenthorpe and Woodstock converged on the Canowindra Showground for the event. The weather was perfect and CPS students ran superbly and had some fantastic results.

Twelve of our students made it in the top six of their age group which means they progress to the next level, to be held at Geurie on 9 June. These students were Harvey Gordon, Finn Grey, Jaxton Nicka, Jack Trengove, Claire Pengilly, Will Swords, Will Harris, Hayley Hampton, Charlotte Pearce, Kya Shortman, Chase Milton and Adison Newcombe. We wish them the best of luck.

Congratulations to our CWA public speaking winners. One student from each year in primary was selected to go through to the next round to be held in Orange at the end of May. Congratulations to year six student Reaghan Fliedner, year five student Charlotte Pearce, year four student Mack Pengilly and year three student Sophie Balken who were announced as winners last week.

Students from years four to six participated in the rugby league gala day on 5 May in Cowra. It was a wet and muddy day however this did not dampen the smiles on the students’ faces. Canowindra kids played in great spirit and had a fantastic day. Every team improved immensely and some of our rookie players scored themselves a try! Canowindra will be hosting the PSSA state knockout carnival in a few weeks’ time.

Good luck to our stage two and three dance troupe who will be performing at the Cowra Eisteddfod this Thursday. Mrs Matic and Miss Lander have worked very hard to prepare the students for this annual event.