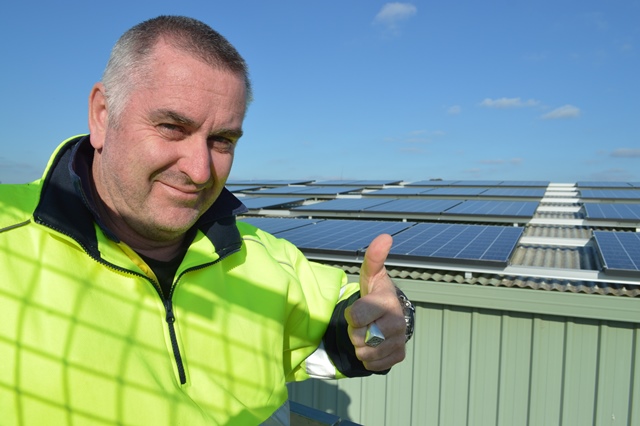 New solar panels have been installed at Cowra Council’s Materials Recycling Facility (MRF) and Waste Operations Supervisor Craig Lynch said it is a great way of re-using sunshine at a facility that already has a 90 per cent recycling rate.

The 20 kilowatt system features 80 panels and will reduce energy costs at the MRF by thousands of dollars each year meaning it will have paid for itself within three years.

The system has only just been installed and Craig believes that the big savings will come in Cowra’s hot, radiant summers. “Any excess power we produce also goes back into the grid.”

Craig added that the MRF is already making world-class savings in recycling waste and reducing landfill, catching the attention of other councils in the region.

“We’ve reduced waste to land-fill by 30 per cent over the past five years,” said Craig. “We’ve even got other councils coming over to see how we operate.”