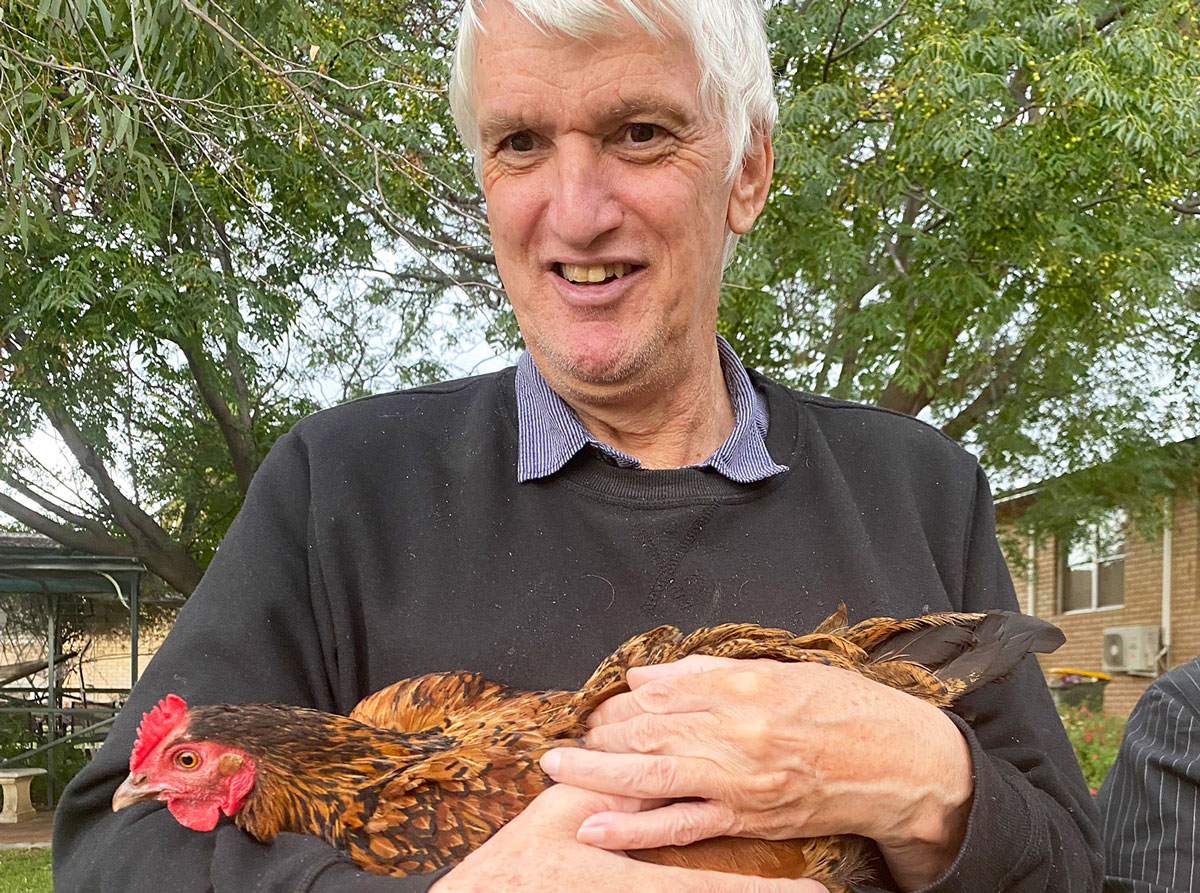 John with the new chickens from Cowra High School.

The school breeds chickens as part of its “Paddock to Plate” program during which, for example, the students in years 9 and 10 learn about the agricultural industry.

Moyne’s new chooks are 2-3 years old; with the breed living to be about 6 or 7 years old, and they will lay eggs until winter and rest up for a month or two, says Cowra High School Agricultural and Science teacher Clint Cole.

The school also has sheep and alpaca’s as part of their “Paddock to Plate” program, where they cover prime lamb production, too.

“They are already paying their way with lovely eggs which John collects and gives to staff, they also have lovely personalities,” Moyne’s Centre Manager Katrina Smith said. “The cats were curious, but everyone gets along very well.”

Moyne Aged Care Centre is surrounded by paddocks and the residents are regularly visited by the animals grazing there, with the chickens the centre’s latest edition.