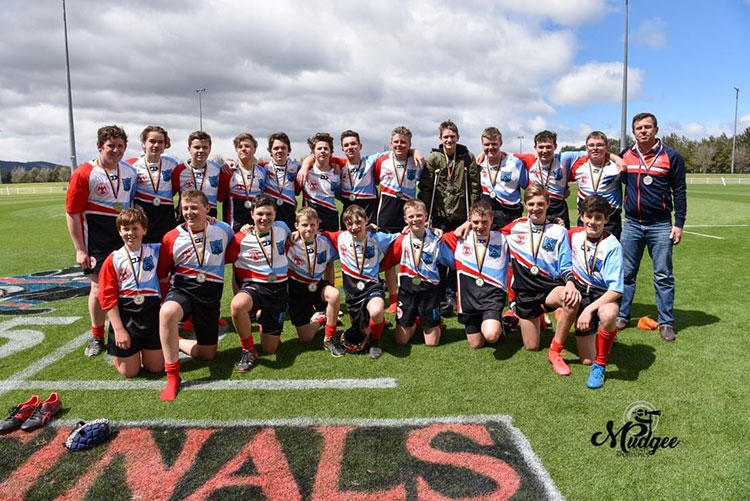 The Cowra/Canowindra Eagles/Pythons under 14s rugby union side has proven its worth despite going down to Orange Emus in last Saturday’s Central West Rugby Union grand final.

The team, playing as a merged team this season for the first time, went down in heart-breaking fashion at Mudgee’s Glen Willow Park, 19-12, but scores were level until the final two minutes.

Cowra/Canowindra, captained by Clancy Duguid and Josh Chalker, merged their under 14s sides this season due to the lack of players available, so they could still make a team and ensure their players could still play this season.

Alison Stephens, mother of Canowindra player Mitchell Stephens, said that despite the loss, the team showed great skill and courage throughout the season.

“They went in to the grand final against the Orange Emus as the underdogs. They were well prepared and well coached by Justin Bryant,” she said.

The Cowra Eagles and Canowindra Pythons deserved to be commended for making the decision to merge the clubs together to keep the playing numbers strong and kids playing rugby.

The Cowra/Canowindra side got off to a great start in the grand final, scoring the first points of the game. In the final two minutes the score was nearing a draw, before the Emus scored the final points to take the win.

“They’re great young kids who all become mates and showed great sportsmanship over the season and should be commended on their efforts,” Alison said.