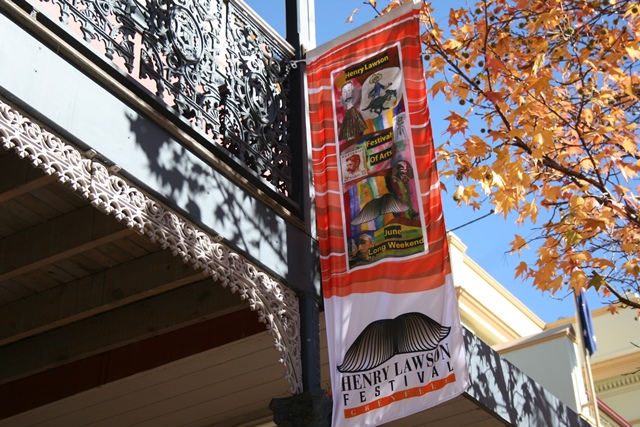 A drive to upgrade and beautify the appeal of Canowindra’s main street is among the major issues slated for discussion at a proposed meeting between the Chamber of Business and the new Cabonne mayor, Michael Hayes, later this month.
The chamber has issued an invitation to Mayor Hayes to attend its meeting on Wednesday October 15 in what its president Eddy Wilkinson sees as a bid to strengthen the group’s relations and broaden its communications with Cabonne Council.
“We’ll be putting up issues like the roads and potholes and infrastructural problems, but we’d also like to discuss determined council budget support for our community vision for the future of Canowindra,” Eddy says.
The impetus for this vision comes from the chamber’s Main Street Study, undertaken by a sub-committee which is awaiting a report by the Sydney architect David Scobie.
“The idea is to come up with a plan which would protect Gaskill Street’s invaluable heritage listing but also make it more attractive and exciting to visitors,” Eddy Wilkinson says.
One proposal that Eddy has is to get rid of the outdated and unsightly electricity poles and wiring that blot the downtown area and replace them with “smart poles” – slim street poles with lamps and adjustable arms which can display a wide range of promotional posters, sails and banners.
“With the cooperation of Essential, the wiring and mains could be put behind the shops and buildings in Gaskill Street,” says Eddy.
“With a gaslight effect the poles would maintain the street’s heritage profile but also provide, say, 20 different glows to promote the annual Balloon Glow, or create a lantern effect for the 100 Mile Dinner. They’d give Gaskill Street an attractive impressionist look – brightening its appeal, especially at night, but not compromising Canowindra’s growing reputation as an historical movie set.”
By Derek Maitland