Home » Concern Over Reach Of Mine Dust 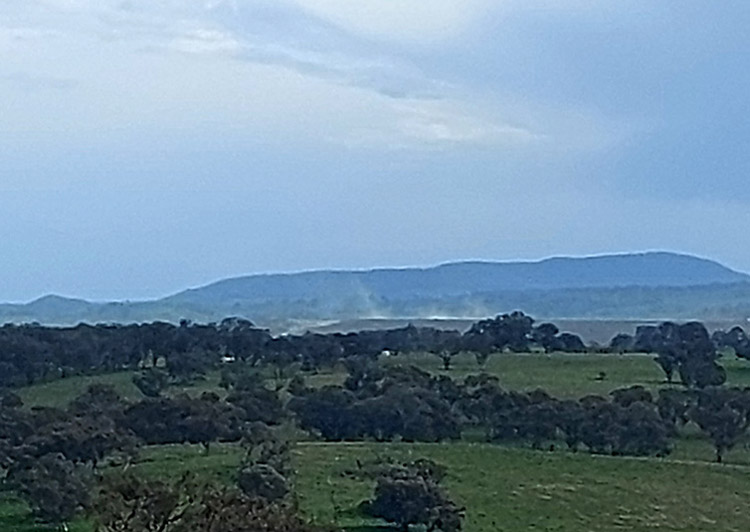 Canowindra residents are involved in an assessment of the Cadia Valley mining operations.

The potentially hazardous impact of dust coming off the tailings dams at Cadia Valley Operations (CVO) in the district are of concern to the Cadia District Protection Group (CDPG).

The group has recently met with local farmers (Landholders) to raise concerns about the environmental longevity of Newcrest Operation’s 50-year operation plan at Cadia Valley.

CDPG Chair and land owner, Gem Green said they are reaching out to regional farmers as it is not known how far the harmful efflorescent salts from the dams is travelling.

Material in the southern and northern dams is a byproduct of processing operations at CVO.

Newcrest describes it as a slurry of finely ground rock, water and a low level of benign processing re-agents.

“The CDPG has come about due to the result of local concern about the Cadia District and surrounding areas lives, livelihoods and lifestyles in relation to Cadia Valley Operations,” Ms Green said.

“Essentially we just don’t know what is in that dust.”

Ms Green hopes to gain local support in a push for Western Local Health District to report on environmental health to CVO.

There are also waterflow and water licensing concerns.

“There’s a prospect of less and less and less flowing downstream for Canowindra residents. To what amount, we’re not exactly sure of. It’s a massive, massive question up and downstream of the Belubula.” Those wanting more information can email Gem Green at secretary.cdpg@gmail.com.