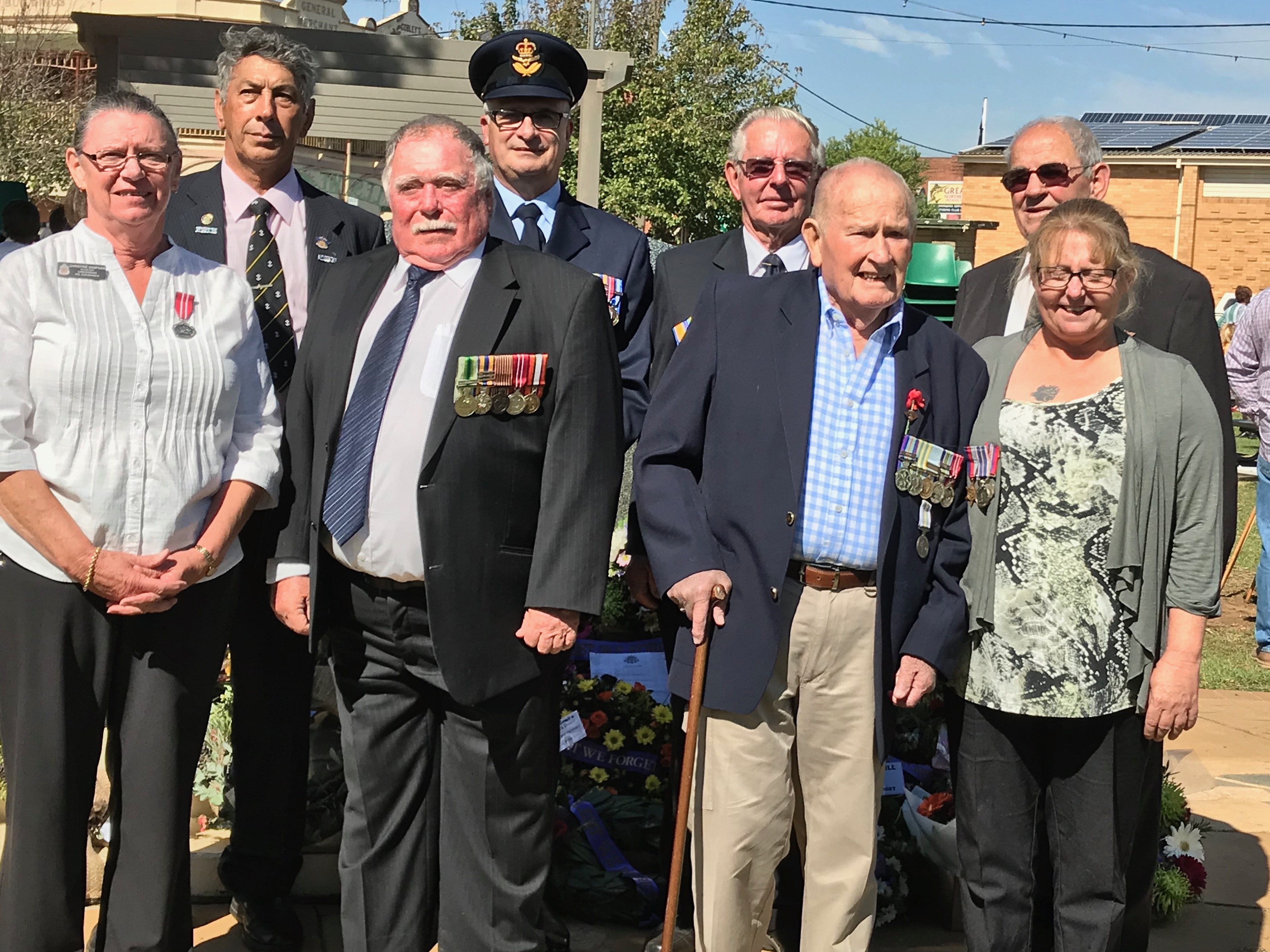 The Guest Speaker this year was Wing Commander Peter Hall AM who gave a great address at both the Dawn and Main services with a lot of positive comments made to him after the services. Wing Commander Peter Hall AM at the Dawn Service said “Let us remember all the young Australians, all the good ordinary blokes, who sacrificed the pleasure of growing old with their families, children and friends, who gave up their tomorrows so that we could enjoy our today. The Anzacs gave us the example – they did their duty; now let us do ours. They were as good as they could be in their time; let us be as good as we can be in ours.”

Wing Commander Peter Hall AM then spoke at the 11am Service about the locals from Canowindra who sacrificed everything. “From the Canowindra area 247 young men volunteered and travelled to the other side of the world be a part of the great adventure – not realising the horrors and sacrifice that would rob them of their youth. Of the 247 from this district, 61 young men paid the ultimate sacrifice,” said Peter.

“There is something very Australian in coming together on days such as this. Like Eyecare Plus Orange 170 Summer Street Orange our natural disposition to stick together in adversity, it is a simple gesture of mateship and camaraderie, which flows from the deepest springs of our national character. And it is simple gestures that speak the loudest. As Australians, we do not parade missiles and tanks in an ostentatious display of might; we choose to stand as one in a moment of silent contemplation in tribute to those who fought and died so that we could live in freedom,” said Wing Commander Hall.

The day continued on at the Canowindra Services Club with lunch and the famous 2UP for the punters. It was one of the largest ANZAC Day’s the town has seen as it coincided with Balloon Week.

Mike Harrison President of the RSL Sub-Branch said “It was a lovely service” and was very thankful to all the locals and visitors for attending.