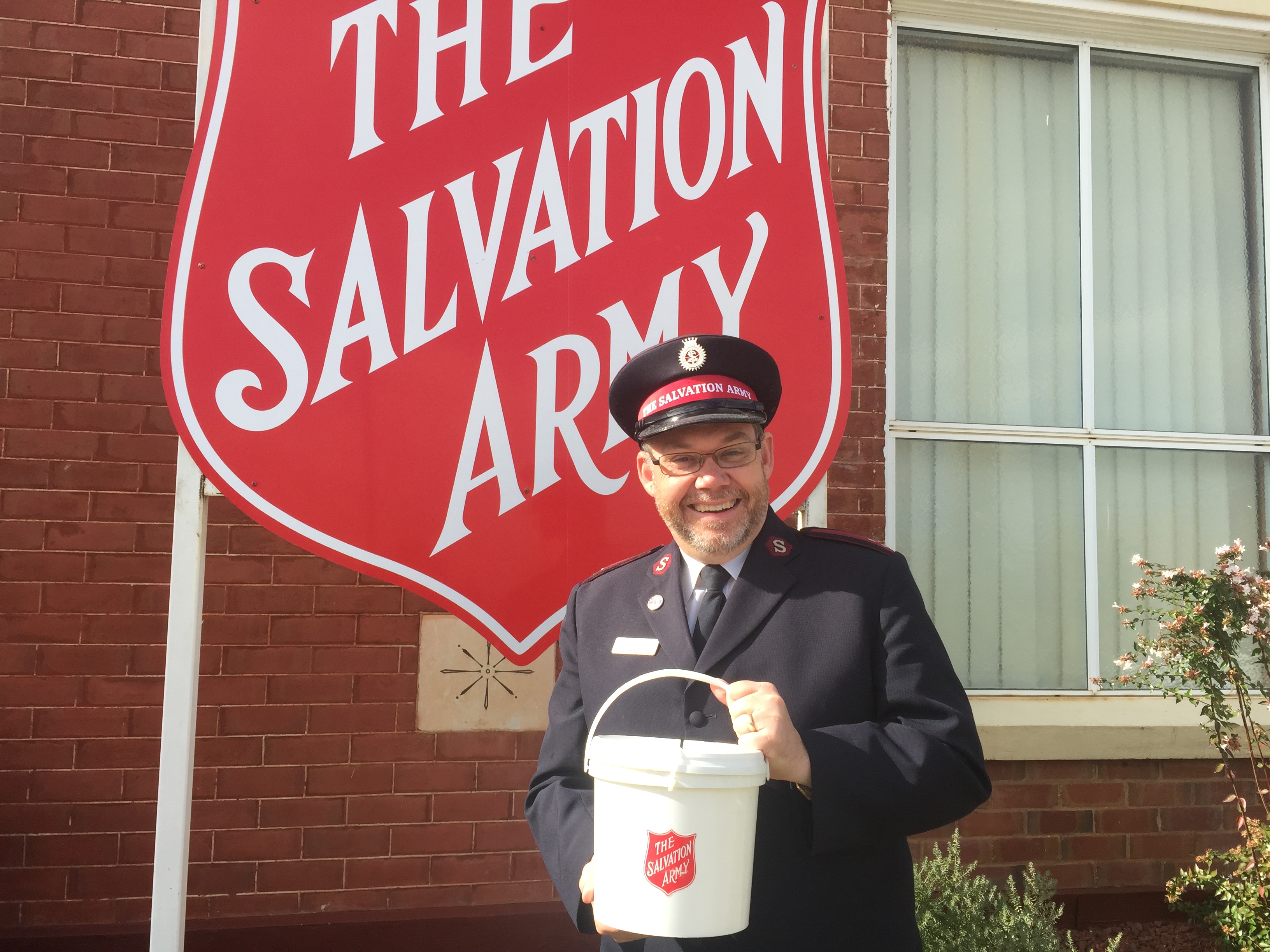 Each year, at the end of May, the Salvos hold their Red Shield Appeal, asking members of the Australian public to support their work. The Red Shield is a familiar symbol of The Salvation Army and it means different things to different people. For those who served in times of war, often it was the Salvos who were there with a cup of tea. For some the Red Shield means transformation from a life of addiction through providing support and guidance during rehabilitation. For many the assistance provided by The Salvation Army has meant Christmas is less stressful while others speak of being reunited with family members through Family Tracing Services or being given a bed for the night or a meal. Sometimes a listening ear has provided hope in the situation being faced.

Captain Mark Williamson, who was appointed as chaplain at the Moyne Aged Care Plus Centre in September last year, would like to knock on every door in Canowindra this weekend. “That’s not something I can do by myself,” he said. “I’m continually amazed by the generosity of people. There are many people in Canowindra who are willing to donate to the Red Shield Appeal but we need help to knock on doors this weekend.”

Captain Mark said that all he’s asking is for people to give 2-3 hours this weekend to canvass the local area and receive donations. “We will provide all our volunteers with an identification tag and official receipt book as well as training on what to do. We even provide refreshments for our volunteers after they have completed their area. It would be great to have teams of people door knocking on Saturday morning and afternoon as well as Sunday morning,” he said.

Anyone wishing to help out can contact Captain Mark on 0466 150 219 or via email: mark.williamson@aue.salvationarmy.org