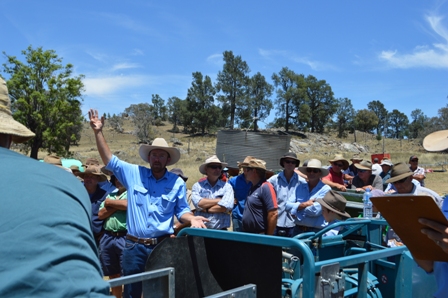 There were a total of 160 bidders who registered on the day, having travelled from as far afield as Bourke, Merrygoen, Dunedoo, Trangie, West Wyalong, Young, Yass, Crookwell and Bathurst, as well as the local area.

Those who attended recognised the wellmaintained condition of the items, and with many lots in as new condition, some strong prices were recorded throughout the sale. With a large crowd of buyers and quality items, a total clearance of all lots was also achieved.

And as with most clearing sales, it was also a good day out for the locals to catch up and grab a steak sandwich to support the Eugowra Lions Club, who manned the barbeque.