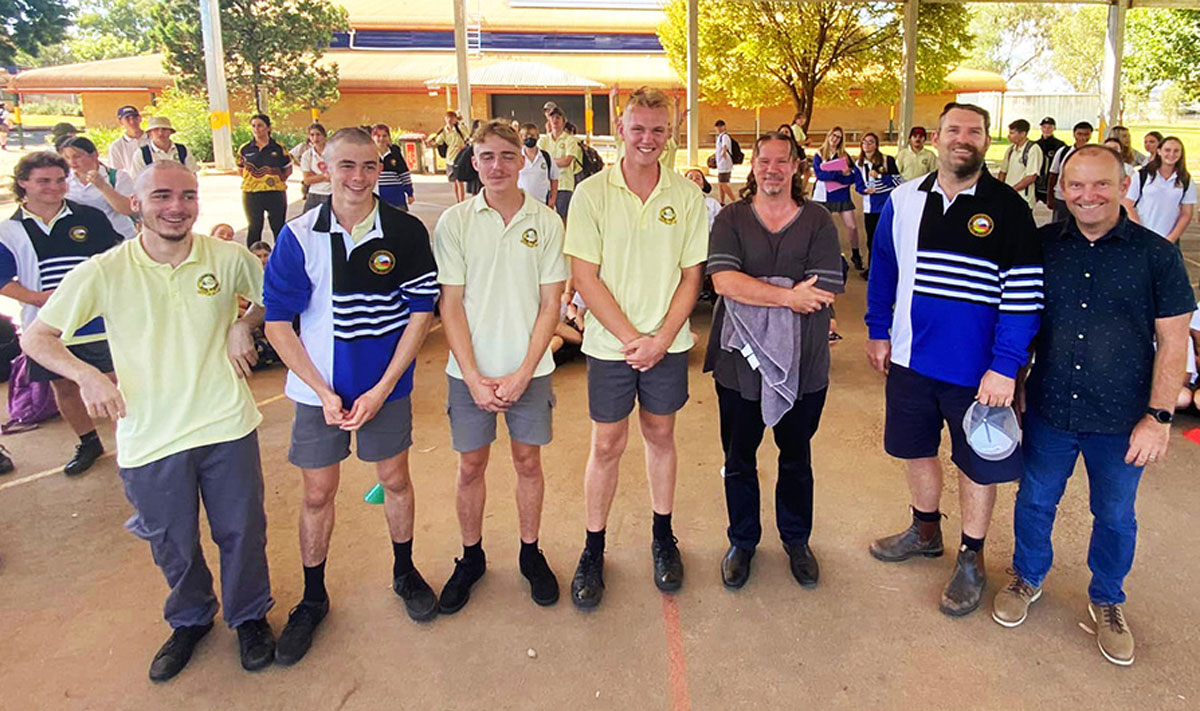 Their were some interesting hairstyles after the World’s Greatest Shave!

On Friday 18th March the Student Representative Council (SRC) at Canowindra High School held their fundraiser for the Leukaemia Foundation through the World’s Greatest Shave. Students and staff had purchased raffle tickets to be in with a chance of shaving someone’s head!

Kody James, Henry Duguid, Asher Macela, Jackson Stacey, Mr Ferguson, Mr Smith and Mr Bushell all put their hands up to get their heads shaved. The event was amazing to watch and the SRC along with the wonderful staff and students who volunteered to have their heads shaved were able to raise over $300.

“It was great to see the enthusiasm and support from the students as those who won the right to cut hair delivered a very interesting set of hairstyles. A huge thank you to our SRC for organising the event,” said Mrs Neryle Smurthwaite, Principal.