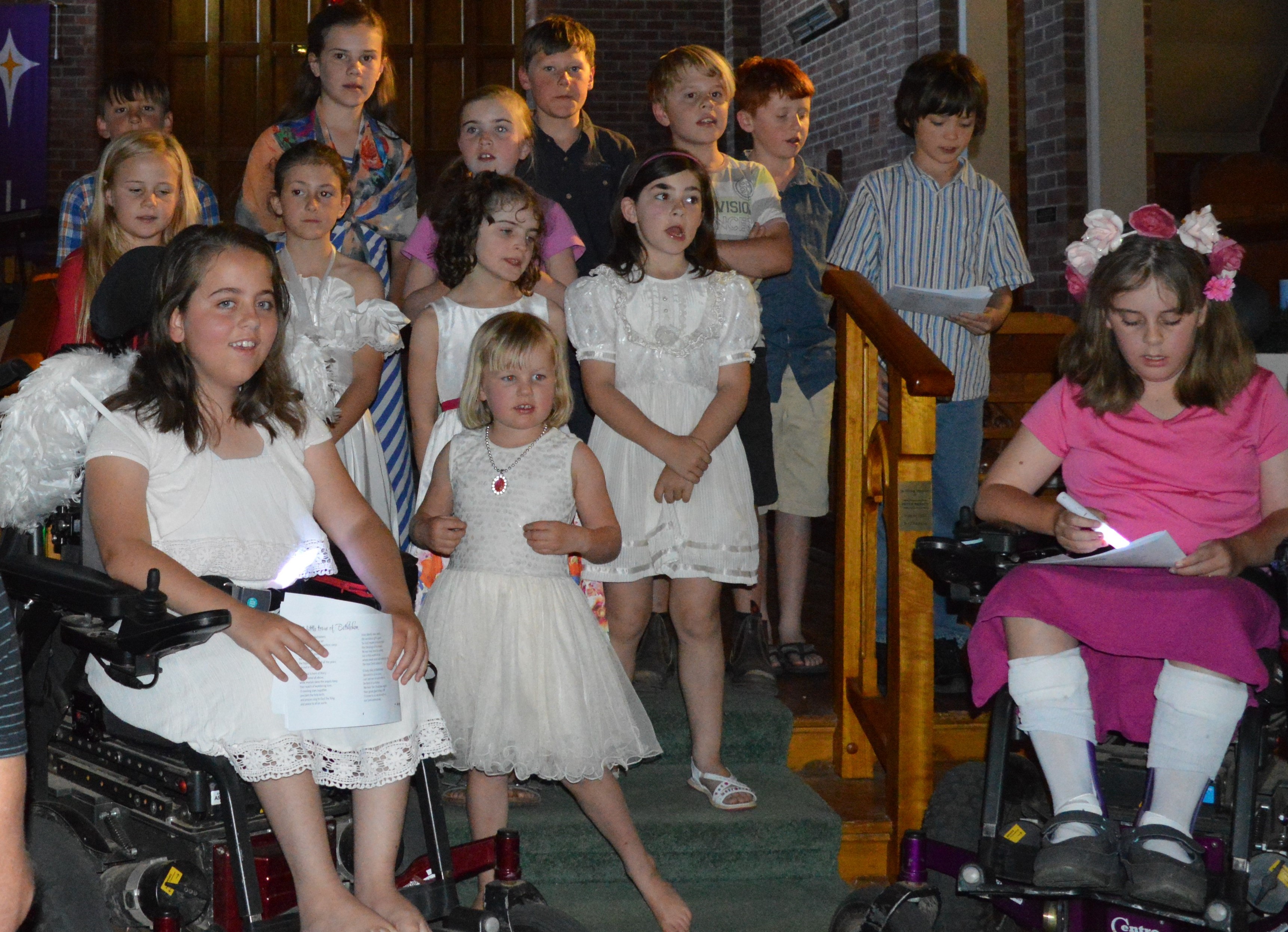 Carols were held at 5pm in All Saints Church Canowindra on Saturday afternoon. With a selection of some of our favourite carols as well as some short skits with both local children and adults playing the role of shepherds and angels, the church resounded to the sounds of Christmas as everybody joined in with the singing. With the local choir leading the way and two pianists playing, there was certainly a feeling that Christmas is just around the corner.

The children had obviously been practising their carol, which was Oh What a Glorious Night and both choirs were led by David Bullock. With our Minister Rev Jono departed now for Mudgee it was great to see such a large attendance at the event which was followed by a sausage sizzle, cakes and scones all provided by the ladies of the CWA. Merry Christmas to all!