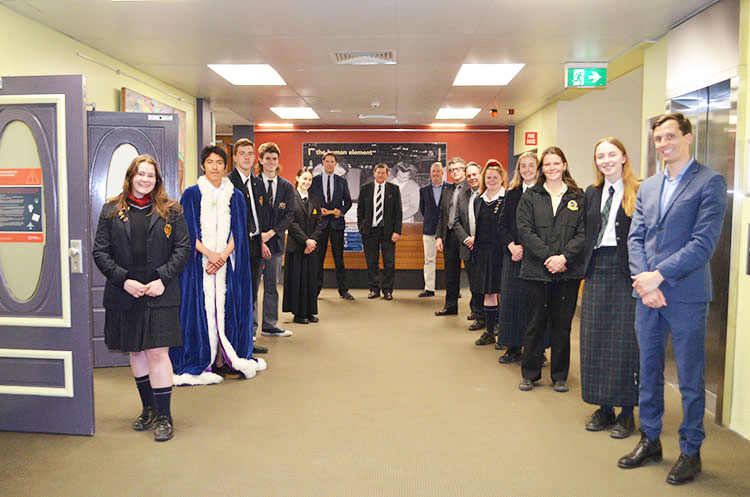 Mayor, and one of the TEN4TEN mentors Reg Kidd, along with the other council executives, provided an overview of the workings of council and shared their personal career stories.

RDA Central West CEO, Sam Harma said it was a great opportunity to showcase the different aspects of local government to the students who are about to embark on their final year at school.

“It was a fantastic afternoon and the students learned about the different areas of local government from communications and media, engineering and what’s involved in the day to day operations,” said Mr Harma.

“The council executives each spoke about the road that led them to their current position and the lessons they have learnt along the way – both timely and wise advice!”

11 students from Orange, Canowindra and Molong with ten community leaders for a unique mentoring experience.

For more information on the TEN4TEN program head to www.rdacentralwest.org.au/projects/ten4ten-2/