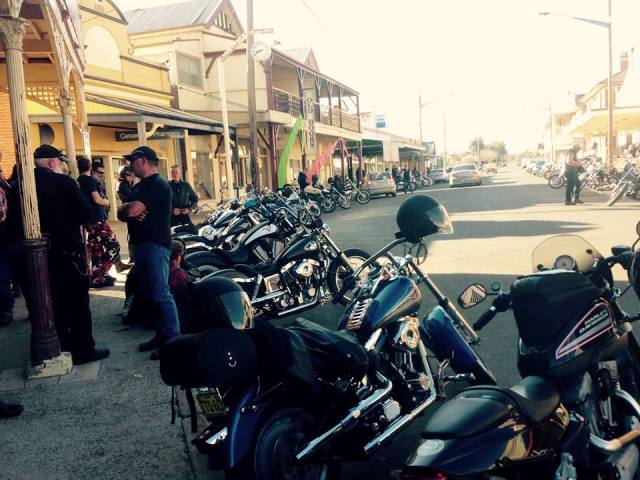 The 11th annual John Wythes Memorial Ride took place last Saturday, with around 70 bikers braving the inclement weather
for the event. Mr Wythes was a local singer and songwriter who passed away in 2005 after battling with Parkinson’s Disease, a progressive neurological condition that develops slowly over time and is categorised by clinicians as a “movement disorder”.

Johhny Wythes was a keen Harley Davidson motorcycle enthusiast. Each year his family, friends and other members of the community get together to remember his life and his music by riding motorcycles across the region. Each year they meet at the Cargo Inn, visit his grave to pay their respects, before travelling through the local towns, including nearby Canowindra and Woodstock,
before returning to Cargo.

This year the Cargo Inn also hosted the group for dinner before they camped out under the stars and got treated to breakfast the following morning. Cargo Inn Publican Donna Donelly said everyone that was apart of the event enjoyed the day and night.
“It was a very successful event, and the ride during the day was capped off with a good evening of dancing, and everyone was very well behaved,” she said. “John’s wife Julie was also there, and she gave each biker a CD that John recorded, which was a very nice gesture.”

“It was a shame it rained on the day, otherwise we could have had a lot more people. There was 150 that participated last
year, but it was still great to see 70 brave the weather for it.”