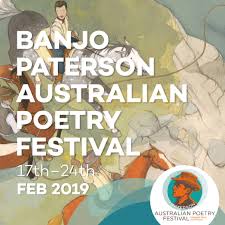 February in the Orange region tends to be warm and slow, and the month the birthday of A.B. ‘Banjo’ Paterson is celebrated. Now in its sixth year, the Banjo Paterson Australian Poetry Festival reminds the region of the connection to one of Australia’s most iconic poets and his contribution to the literary and cultural heritage of the nation.

Running for eight days from 17th – 24th February 2019, this year’s festival aims to broaden its appeal with the introduction of a poetry brawl, more theatre and performance and a festival dinner hosted in Molong.

Poet, ballad writer, solicitor, war correspondent, keen sportsman and horseman, Banjo Paterson was born on the property ‘Narrambla’ in the Orange region on 17 February 1864. From here he founded his love of the Australian landscape and grew up to become one of Australia’s literary legends.

“It’s fairly clear that Banjo’s country childhood had a strong influence on him, being considered the ‘bard of the bush’ for iconic poems such as ‘Waltzing Matilda’, ‘The Man From Snowy River’, ‘Clancy of the Overflow’, and rollicking prose such as “Mulga Bill’s Bicycle and the Geebung Polo Club” explains Murray Spicer, Festival Chairman.

“What we know about Banjo is his ability to tell a great and captivating story. This is an ability that comes from a compassionate writer and someone who was clearly connected to the Australian bush; its’ people and lifestyle. This is what we look to when it comes to the festival and why we celebrate one of our most iconic locals, A.B ‘Banjo’ Paterson,” says Spicer.