Carolyn Kohler from Cranbury has won a unique Vivid experience after being selected as the winner for her stunning landscape photo of a dead tree framed by canola fields and a rainbow in a clear sky. Carolyn won a trip to Sydney for 2 nights and will be staying at the Pullman Hotel that overlooks the Sydney Harbour Bridge with her husband Steve.

Carolyn entered the competition when she heard last call for entrants on the radio. Her photo captured a still moment of a dead tree that stands tall in one of her paddocks that she has photographed numerous times.

“I love that tree, I actually captured the tree during the four seasons and made a video that is now on YouTube”, Carolyn said

Carolyn moved to Cranbury from the Central Coast 3 years ago and previously owned a local gallery in Canowindra, Studio 66 where she featured her very own hand crafted wearable pieces from natural fibres including alpaca and merino wool. Tragically, Carolyn was involved in a car accident on the Mitchell Highway when a driver fell asleep at the wheel. Luckily, Carolyn and her two boys, 7 and 9 at the time were not fatally injured, but are however still recovering physically and mentally.

Carolyn’s creativity had been drastically affected by the accident, and combined with the physical recovery she had to stop working.

“When something like that happens, it changes you, so I had to stop work to recover, which I was very upset about”, Carolyn said. 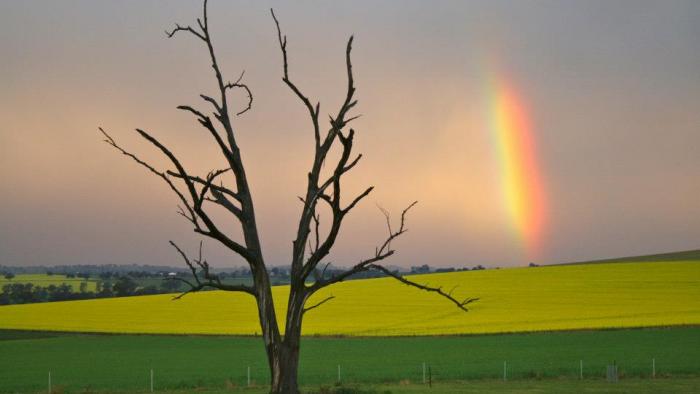 As you can see from the beautiful photo her creative flair is still a part of who she is, and her work can be seen at the local River Bank Art Gallery and on her website http://www.carolynkohlercollection.com.au/