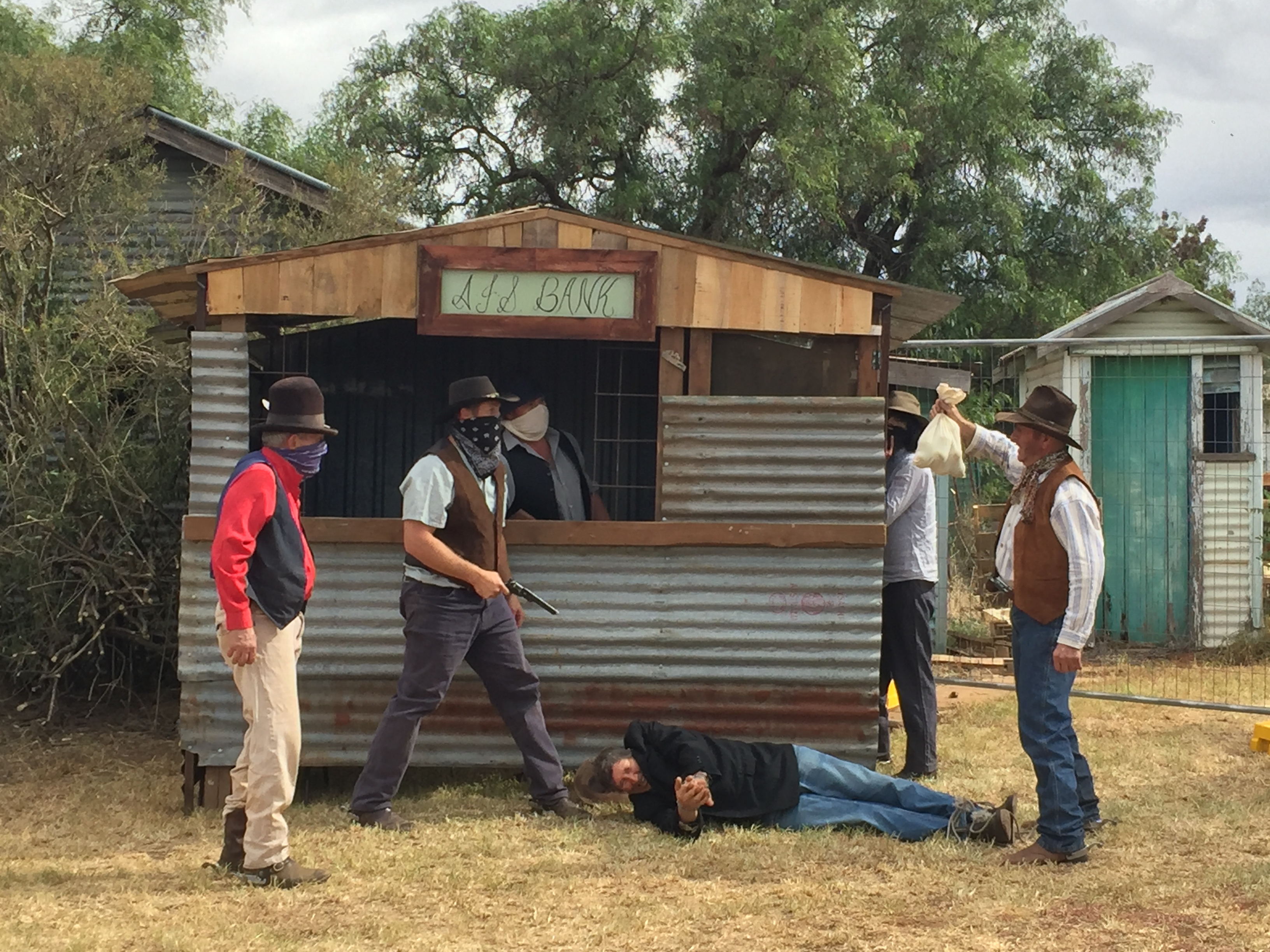 It felt like 1893 on Saturday in the small village of Cargo as the famous AJS Cargo Bank Robbery was re-enacted at the Cargo Community Hall in front of a crowd of over 200 people. Cargo was celebrating 150 years since the proclamation of the Cargo Goldfields last Saturday with a huge crowd turning up to celebrate.

As the Cobb and Co coach raced through the village being chased by a mob of bushrangers the crowd of all ages watched on in amazement.

The re-enactment of the Bank Robbery included Cargo local Brownie (who was playing the Bank manager) being tied up by the bush rangers and robbed of the bank’s money.

A group of Aboriginal dancers then performed a Welcome to Country and several dancers, followed by some boot scooting by the children of Cargo Public School.

The Community Hall was full of old memorabilia and photos of the Village and The Fields of Cargo book was launched containing interesting facts about the town and the families who settled it.

The band November Shorn then took to the stage and had both old and young doing the “Heel and Toe Polka” outside the Hall.

The organising committee must be commended on their effort, the day was a great success and enjoyed by all young and old!