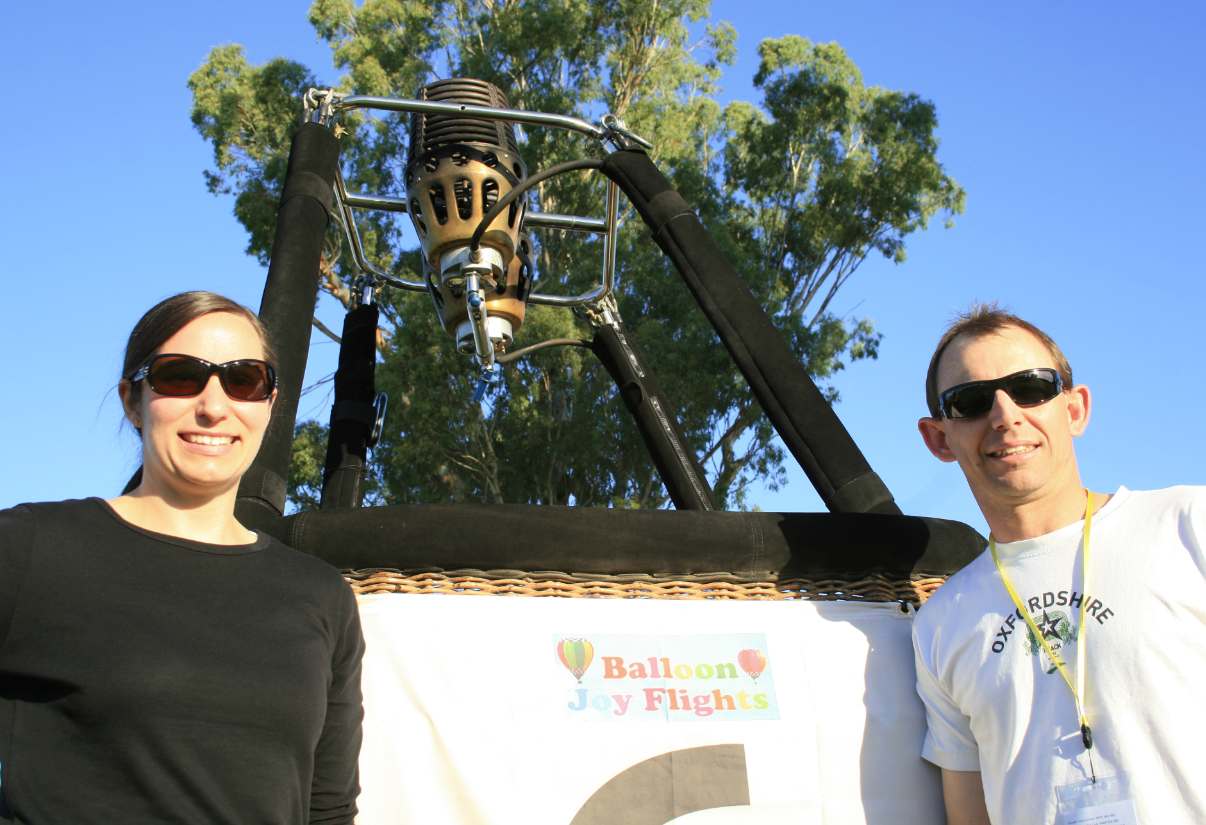 For one of Canowindra’s favourite sons, Steve Campbell, last week’s Balloon Challenge and national championships proved once again that he has the skills and fortitude to rise to the top of the game.

Last year, in his first attempt, Steve was named best rookie. He ended this year’s performance eighth in the final standings and justifiably “very happy” to be in the coveted top 10.

And he did it as always with a 20-year-old balloon that he’s described as “the equivalent of a truck” competing against slim, lighter, high-speed “racers” that champions like Paul Biggs are now using to win events.

Steve knows himself what these new racers can do. He borrowed one from another competitor and actually beat Biggs in last October’s Saga balloon championships in Japan.

He’s now about to buy a new balloon, or “canopy,” for his basket, but it won’t be a racer.

“They’re too expensive for most balloonists to buy,” he says.

“Also we can only use a racer once a year in Australia, while the Americans have championship events virtually every weekend.”

Steve, whose mother Gwen works in Canowindra’s IGA supermarket, has been flying balloons for the past 15 years – drawn immediately to the sport when he first saw balloons soaring and landing at the Sports Oval as a teenager.

His wife Amanda now flies with him as navigator, and plays a critical role in his rising success.

“Amanda’s an expert with the computers we use to navigate with, and I’m not,” he confesses.

They’re a skilled and dedicated team that we’ll see a lot of in the coming years, as the Balloon Challenge grows as an international ballooning event.

Meantime, the couple live in Miranda, Sydney, where Steve works as a flight attendant when they’re not both up in the air.