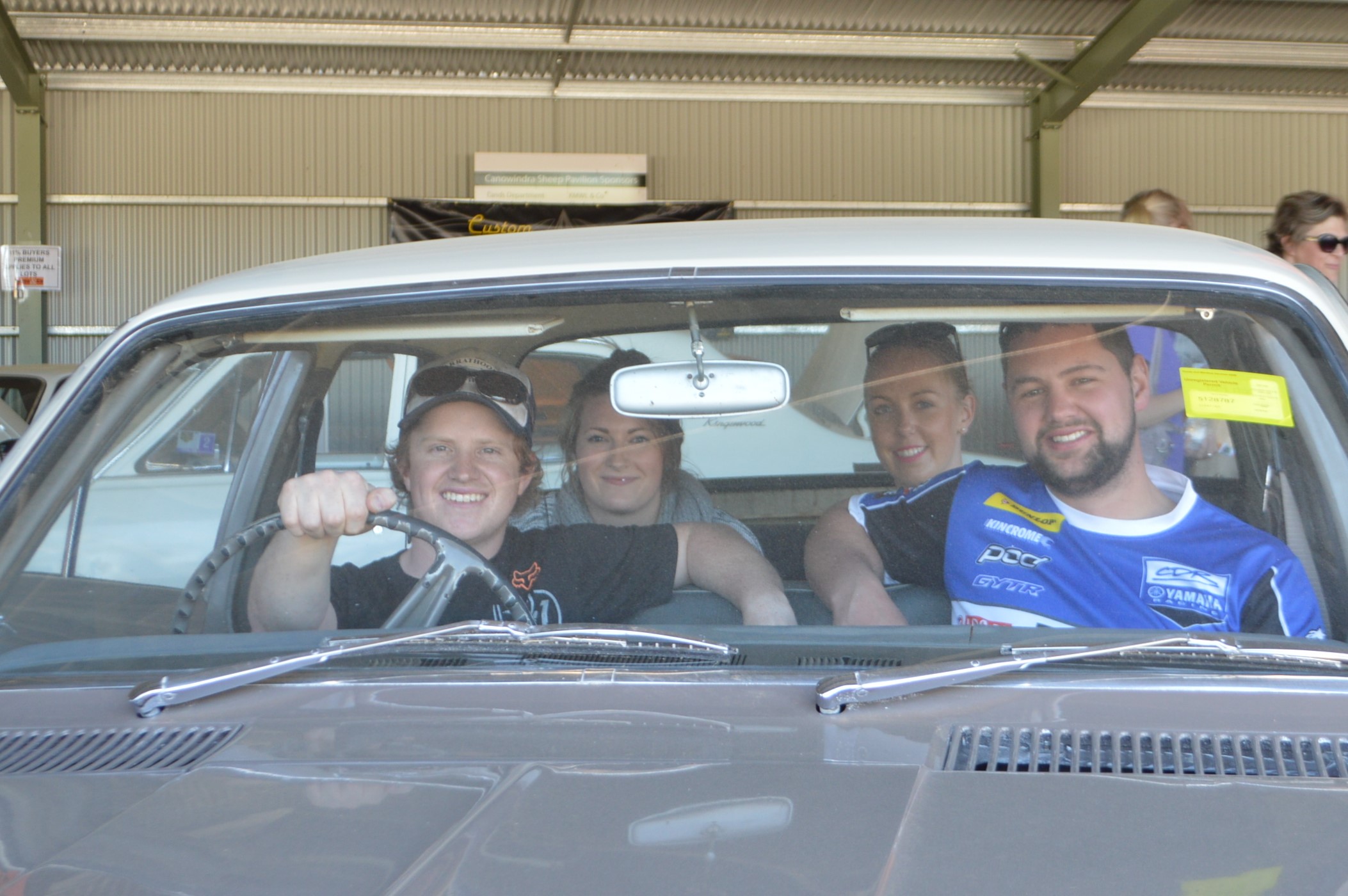 People came from far and wide for Canowindras long weekend with Charlie McCarron’s Auction being the main attraction. Kerryn and Jon Mcgregor travelled all the way from the Gold Coast especially for the auction and they didn’t go home disappointed. Kerryn and Jon purchased the Holden HD Premier 1966 179 6CYL auto with 70,619 miles and the Holden EK Ute 1961 138 Grey 6CYL manual with 65,045 miles.

Kerryn and Jon already own a Holden EJ Special Original with 40,000 miles however wanted to expand their collection. “We came here looking for another two as we have three boys, so it will be nice to pass them on.” Kerryn was also thrilled with the other events happening in Canowindra over the long weekend. “I love patchwork so when I drove into town and saw all of them hanging in the
shop windows, it made it a perfect weekend.”

For many it was a family affair, such as the Gosper family who travelled from Orange. Mother Katrina Gosper said, “We came just to sort of have a look but we ended up buying a car!” The Gosper family is now the proud owners of the Vauxhall VX490 1964 4CYL
4-speed manual.

It is hard to believe that this event attracted people from all over the world. Russell Broughton was one of those who flew all the way from Hong Kong for the auction in hopes of buying the Holden HK Kingswood 1969 186-6CYL manual with 81,969 kms, but he sadly missed out.

Russell was still pleased with the auction and said, “There’s been a massive turn out which is great and Canowindra has been very welcoming.” Out-of-towners weren’t the only ones enjoying the long weekend events with many locals being spotted out and about at the auction and down the street.