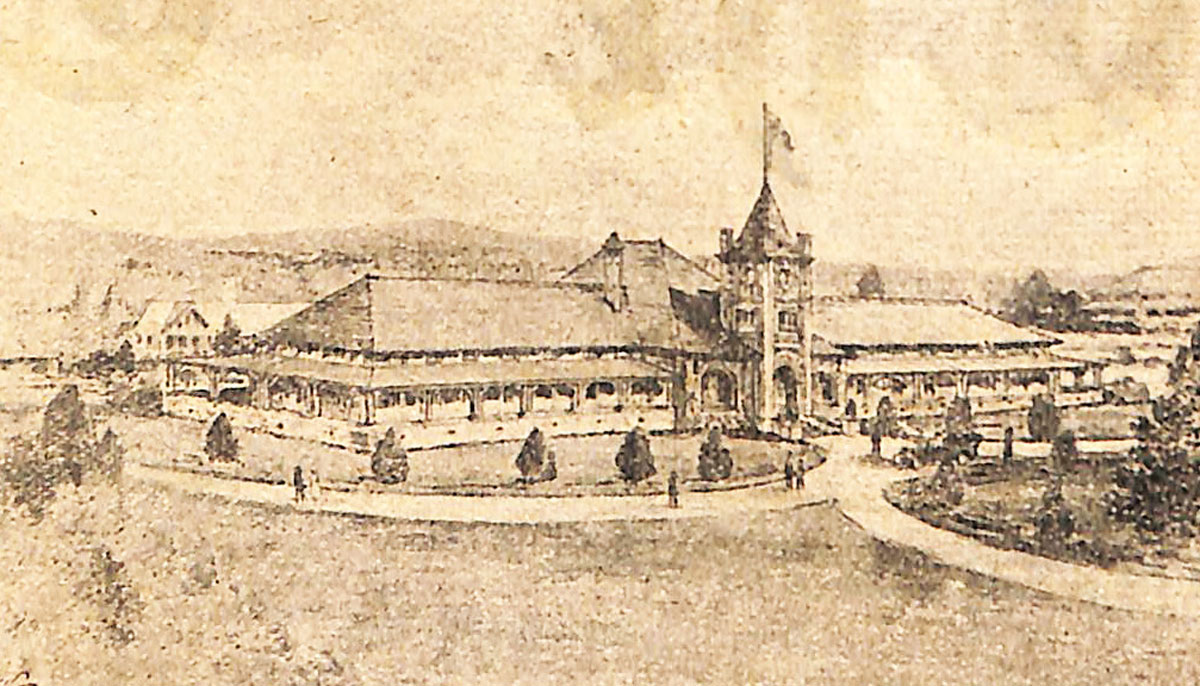 A sketch of the proposed Soldiers’ Memorial Hospital Canowindra from a newspaper dated 30 January 1920.

One hundred years ago, the shops of Canowindra were shut for the day and the people flew flags high to celebrate the NSW Governor’s visit to Canowindra to commission the foundation stone for what is now Canowindra Hospital.

Sir Walter Davidson addressed the waiting crowd as he declared, “this foundation stone of the Soldiers’ Memorial Hospital at Canowindra is well and truly laid.”

No doubt there was a certain solemnity to the event, which came on the heels of the Great War. Indeed, Sir Walter called on the people of Canowindra, “those present and to come,” as he asked them “to guard this stone, to support this hospital and to support the returned soldiers.”

Jan Harrison, current president of the Canowindra Historical Society and Museum said, “Thursday, 26 May 1921 was a very grand occasion because the hospital is a unique, dedicated memorial.”

“They would not have placed the hospital here with its wonderful view, if they did not always believe that this hospital should be a memorial – a beacon upon a hill,” said Sir Walter at the time.

Some 246 servicemen are listed on the marble honour roll which hangs in the grand vestibule entrance of the hospital. 58 of those lost their lives during the war. Consequently, the hospital was built with an atmosphere of reverence, featuring mosaic stone, high ceilings and even a bell tower. Its creation was no mean feat. The people of the Canowindra district had to raise £3,000 in the post war economy, with the NSW Government pitching in £2,000.

“The generosity, enthusiasm, leadership and cooperative spirit of the Canowindra and district communities were truly remarkable,” said Jan.

“At the request of Janice Rumph, the health services manager at the hospital, members of the society have searched through our archives and the Canowindra Star newspapers, for early reports on the hospital. We have discovered a great deal of fascinating information.”

The quest for the building of a hospital here began on 19 June 1919, when the Reverend Stanley Drummond of Canowindra Methodist Church and the Honourable JD Fitzgerald, MLC, NSW Minister for Public Health met with a group in Canowindra.

A special committee was set up and chaired by Mr Frederick Matthews, owner of “Boridgeree,” with Reverend Drummond and Mr HM Brown sharing the secretarial duties. Father PJ Doran was another key contributor.

Within days, £650 was promised. Donations ranged from four shillings to 100 guineas, as well as sales of town land, livestock and bags of wheat. Various fundraising events were held and local school children collected and sold 2,500 eggs.

Sir Walter and Dame Margaret Davidson arrived at Canowindra by train at 10am, on a cold and windy May morning. After a civic welcome, the governor inspected a guard of honour of returned solders, visited both schools, toured the town and enjoyed a quiet luncheon.

The ceremony was held at the hospital in the early afternoon, after which the governor and his party made a short visit to the racecourse. The president of the Canowindra jockey club, Mr TJ Finn, welcomed them to their special two-day meeting.

100 years on, residents of Canowindra are still reaping the benefits of the hard work of our forefathers. The hospital remains a valued part of our town and indeed, we citizens who were “to come” still support this great facility.