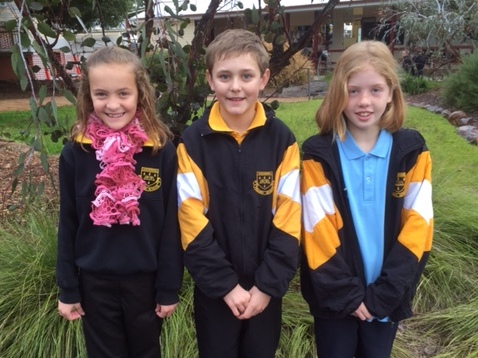 Canowindra Public School students Kyra Fisher, Deegan Hogan and Louise Woods may not have qualified for National Championships, but they still did their school and town proud just by qualifying for the NSW State Championships in cross country racing, held in Sydney last Friday.

It was a massive achievement just to have made it that far by the youngsters, and School Principal Sharon Hawker said it was the first time in memory that one student, let alone three, had qualified for the State Championships. To qualify for the next level of cross country running, students must finish in the top six of the level they just competed in.

The three Canowindra Public School students each finished in the top six at the school cross country earlier this year, before doing the same at the zone race, and then the same again at the Western Region event. This gave them a ticket to the State level event, which was held at Eastern Creek in Sydney. Each student made the top 100 in their year group, but fell short of the top six to qualify for the Nationals.

Kyra Fisher is in Year 5, as is Deegan Hogan, while Louise Woods is in Year 6. Mrs Hawker said her students’ achievements were a great reflection of the school. “I think our primary fitness sessions helped these kids with their fitness and training. We’ve found these sessions beneficial for all students, and the school has also increased its student sport time as well,” she said.

“It’s great for a small country school. Three students going all that way is quite remarkable, and something to be proud of.” Each student ran three kilometres in each cross country they raced in this year.