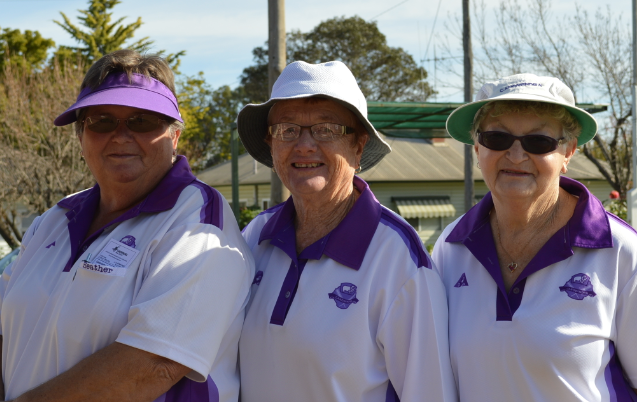 The Lucky Draw was won by Moyna Rue with No 4.

Bobbie Turner, Jill Messenger and Moyna Rue represented our club at Molong Vice-Presidents Day held last Thursday 5th of June. Best of luck and good bowling to the teams entered in the District Fours being played in Parkes on Monday the 16th and 18th June.