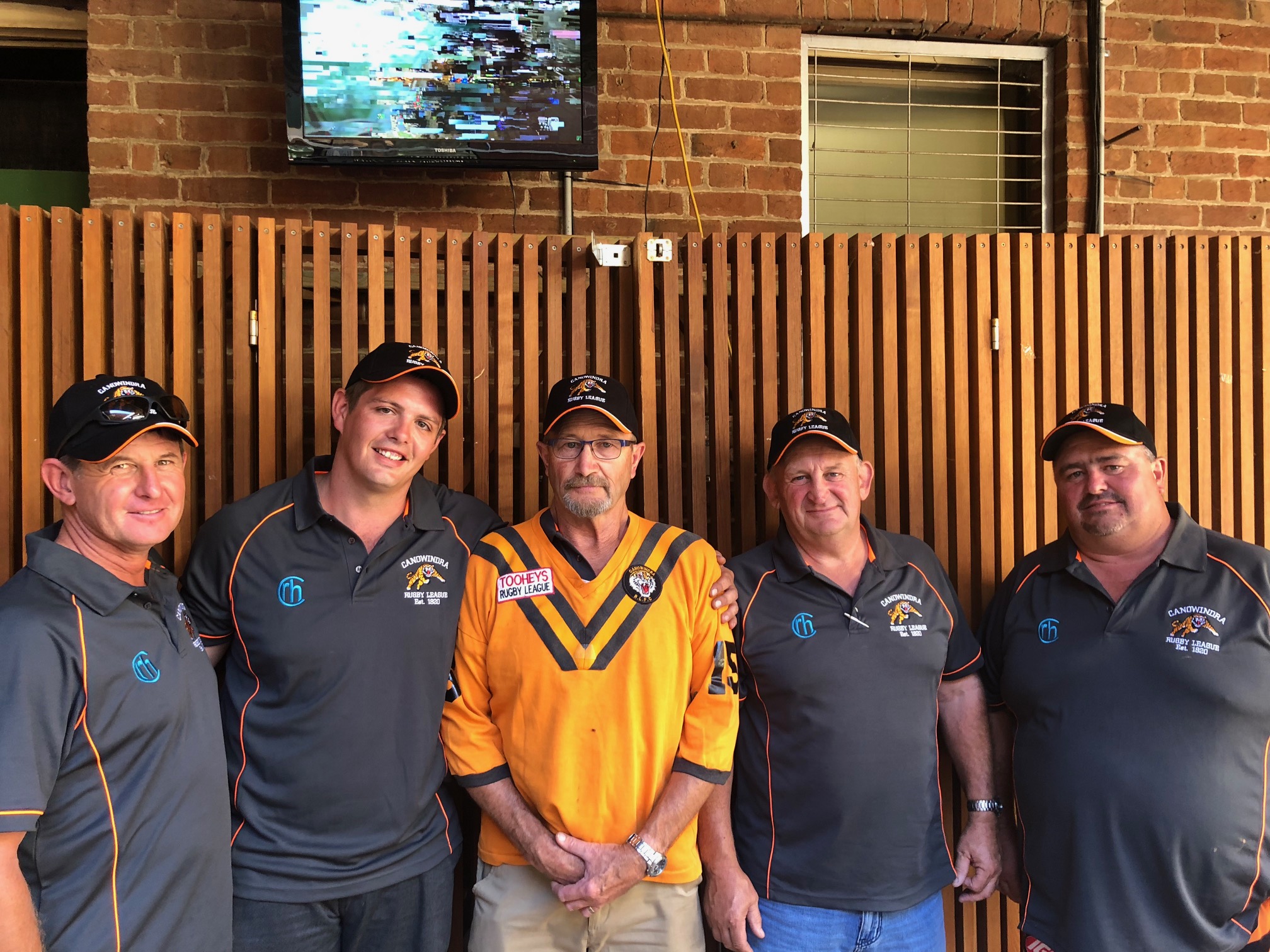 A great day was held on Easter Saturday at the Canowindra Tigers Senior and Junior launch with well over 100 players and supporters attending. Everyone enjoyed the meal supplied by the club, Tommy Jeffs and John Watson.

Long serving member of the Tigers Paul Earsman received his life membership shirt from President Andrew Whatman. Paul has put an outstanding amount of work into the club and this recognition is well deserved.

The Easter raffle was won by Kain Earsman and a happy Easter Sunday was assured. Dan Barclay, the Tigers first grade coach, addressed the gathering about the coming season and was extremely happy with how everything is progressing.

Last Thursday night after training the Tigers had a community night with club players calling on local houses around Canowindra giving out free entry tickets to the first game of the season. This was well received by the community, with Mrs Glenda Marsh commenting “I was hoping you were going to call”.

On Friday night Canowindra will take on the Cargo Blue Heelers with gates opening at 6.00pm with League Tag kicking off at 6.30pm followed by First Grade at 7.45pm