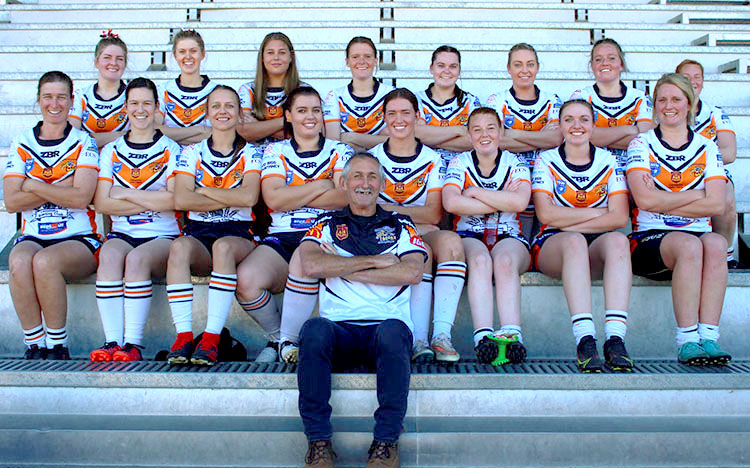 The Tigers just held onto their undefeated record as they drew with the Manildra Rhinos last Sunday, finishing the game 32 all. Canowindra led early with a try to Ned Stephenson, but Manildra struck back with a try in the corner to narrow the lead to two.

Canowindra lost a player for 10 minutes and Manildra scored to lead 8-6. The Tigers fought back with an unconverted try to lead again 10 to eight.

There was a good break from Ryan Clarke, which resulted in a try which was converted by Logan Harris to extend the lead to 16 to eight.

Manildra had a glut of possessions and the Rhinos scored twice to bring the score to 16 all at the break.

Canowindra posted more points with a try to Nathan Whatman from dummy half, which was converted 22-16. Good teamwork from the Tigers extended their lead to 26-16, as the conversion attempt hit the post. Canowindra scored and then converted another try under the post to go to 32-16. The Tigers looked to be on top, but a lack of possession made Manildra hit back with some clever play from their coach. With time running out, the Rhinos scored again to level up at 32 all. Player’s player was Blake Duncombe.

The league tag girls won 36-10 against the Manildra Rhinos, as did the youth league finishing 18-10.

Next week the Tigers are at Tom Clyburn Oval hosting Eugowra. 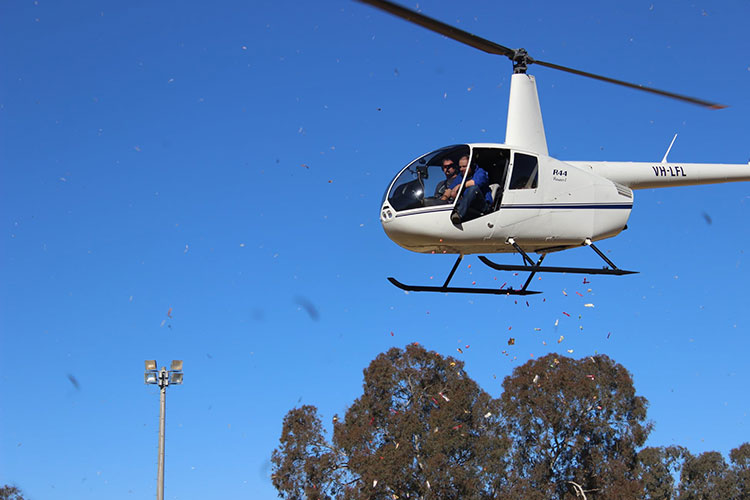 Crowds were delighted when lollies rained from the sky at the Canowindra Tigers game against the Manildra Lions last weekend. The sweet precipitation came courtesy of a helicopter.